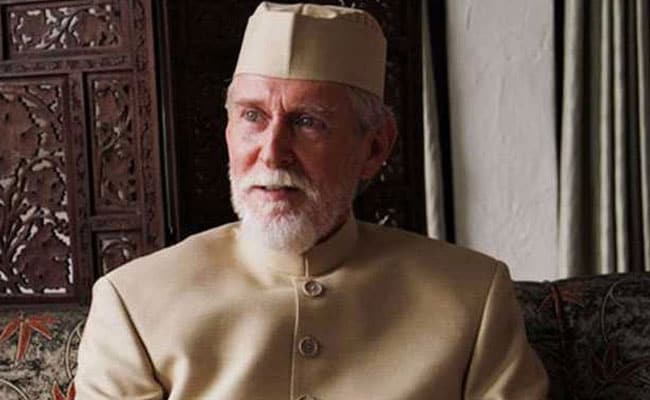 Mumbai: Actor Tom Alter, who was fighting cancer, has died in Mumbai. He was 67. A statement released on behalf of his family said, "It is with sadness we announce the death of Tom Alter, actor, writer, director, Padma Shri, and our dear husband and father." Mr Alter was taken to Saifee Hospital earlier this month with stage four skin cancer, for which he had been treated earlier and which had relapsed. He was taken home on Thursday and died on Friday night, news agency IANS reports. Tom Alter worked in film, television and theatre.

Tweets poured in for Mr Alter:

Sad to hear of demise of veteran actor Tom Alter. He will be remembered by film lovers. Condolences to his family #PresidentKovind

Goodbye to you my trusted friend! .! Actor Tom Alter, a Padma Shri awardee, dies of cancer at 67https://t.co/DkJkHZImO8

The world is a good man short this morning. Fine actor, pure sports lover and kind human being. You enriched our world #TomAlter

Waking up to the tragic news about the passing away of Tom Alter. His contribution to the Hindi entertainment is legendary #RIPTomAlter . pic.twitter.com/sCoUMS04Di

Waking up to some tragic news about the passing away of Mr. Tom Alter. A one of a kind, grace personified, thorough gentleman. #RIPTomAlter

"The cremation was done in Worli. His close family members were present. Raza Murad and some directors from the industry were also present," Ansari told IANS.

Earlier this month, Tom Alter's son Jamie told news agency IANS that the cancer he was treated for last year had returned. "It is what is called a squamous cell carcinoma (a type of skin cancer). It is a relapse of the same thing which had happened last year and unfortunately, for various reasons, it was not detected at that time and has come back," he said.

Tom Alter was born in 1950 in Mussoorie, the son of American missionaries. He studied at Woodstock School in Mussoorie and later at Pune's Film and Television Institute.

Promoted
Listen to the latest songs, only on JioSaavn.com
Tom Alter appeared in over 300 films which included the acclaimed Shatranj Ke Khiladi, Sardar and Parinda. His credits include Aashiqui, Junoon, Ram Teri Ganga Maili and Gandhi. Mr Alter’s TV work ranged from Bharat Ek Khoj to Shaktimaan. He also worked in Bengali, Assamese and Telugu cinema. A cricket enthusiast, he also wrote for several sporting journals and was a published author.

Tom Alter, who received the Padma Shri in 2008, was last seen in Sargoshiyan this year with Alok Nath and Farida Jalal. He is survived by his wife Carol, son Jamie and daughter Afshaan.(With IANS inputs)