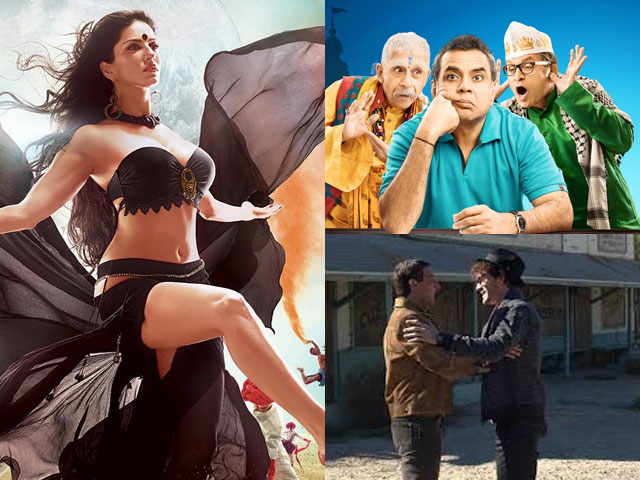 Comedy lovers can head for Fuwad Khan's Dharam Sankat Mein, which is the official remake of the 2010 British comedy film The Infidel. The film revolves around the story of a Hindu, played by Paresh Rawal, who discovers that he was adopted and was born in a Muslim family. Dharam Sankat Mein revolves around his quest to find his biological father. The film also stars Naseeruddin Shah and Annu Kapoor in pivotal roles. It is the first time a Bollywood film stars 3 National Film Award and Filmfare Award winners.

Bollywood veteran Vidhu Vinod Chopra also makes his Hollywood debut with Broken Horses today. Te thriller revolves around the relationship between two brothers, one a main resources-level violinist and the other a hired mercenary, which goes awry due to the wrong choices they make in life. The film is set against the drug war on American-Mexican border. Broken Horses stars Maria Valverde, Thomas Jane, Anton Yelchin, Vincent D'Onofrio and Sean Patrick Flanery.

Promoted
Listen to the latest songs, only on JioSaavn.com
For those who wish to see a family drama, Praveen Morchhale's Barefoot to Goa should be your ideal pick. The film revolves around the journey of two children who embark on a road trip to visit their ill and estranged grandmother. The film explores the nuances of loneliness and the futility of life and death. Barefoot to Goa stars Farukh Jaffer, Saara Nahar, Ajay Chourey, Purva Parag in pivotal roles.