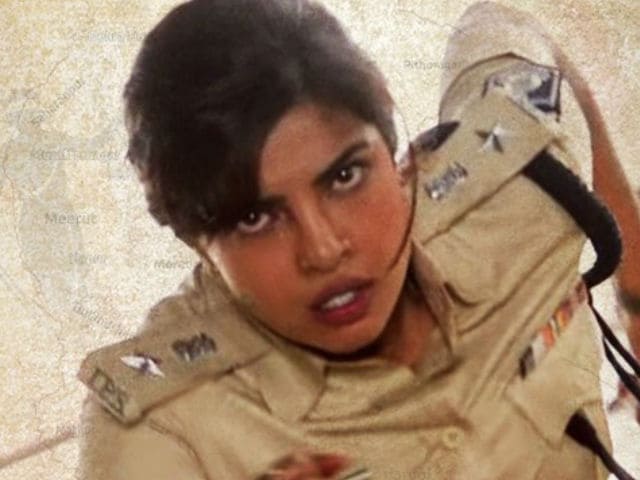 Priyanka Chopra in a still from Jai Gangaajal.

New Delhi: Priyanka Chopra is making headlines across Indian boundary for her Oscar stint and first Hollywood film Baywatch. Back home, her fans don't have to wait much to see more of Priyanka as her film Jai Gangaajal hits the screens today.

In the Prakash Jha-directed film, Priyanka plays a tough cop who has come in a district to put an end to the corrupt ways of local politicians and their goons. Though Mr Jha says that the film is not a sequel to his hit film Gangaajal starring Ajay Devgn, the subject of Jai Gangaajal is similar and we are much excited to see Priyanka set the goons straight. (Also Read: How Jai Gangaajal Helped Priyanka Chopra For Quantico)

Hollywood has a wide selected on its platter. Drama film 45 Years shows what happens when past catches up with present. For her role, actress Charlotte Rampling also received an Oscar nomination.

Action film 13 Hours: The Secret Soldiers of Benghazi is directed by Michael Bay and based on a Mitchell Zuckoff's 13 Hours.

From the regional selection, Satyajit Puri's Born To Be King and Sasi's Pichaikkaran are all set to enthrall the moviegoers.