Janhvi says she wants cine-lovers to give Dhadak a chance 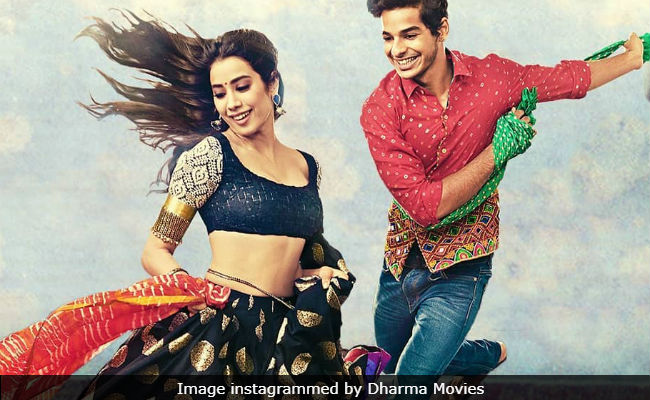 And the big day is here. Sridevi's daughter Janhvi Kapoor's debut film Dhadak releases today. Dhadak is produced by Karan Johar and it features Ishaan Khatter (Beyond The Clouds) opposite Janhvi. The film is an adaptation of Marathi blockbuster Sairat and it depicts the tragic tale of two young lovers, whose story takes a nasty turn due to class divide. During the promotions of Dhadak, Janhvi said that Dhadak, unlike other Bollywood films, doesn't glorify this class divide. "I feel they (Bollywood films) have glorified that divide a little bit. But I think, it should be condemned and with Dhadak, we have set out to condemn it. That it's a harsh reality. Dhadak is not a Bollywood saga that ends with either the parents agreeing or typical, magnificent ending. It's an ugly truth," Janhvi told PTI.

Apart from the film's basic plot, Dhadak also borrows songs such as Zingaat from Sairat. In fact, after the trailer of Dhadak released on social media, the Internet took liberty by making memes comparing the two films, mostly slamming the remake. Janhvi told news agency IANS that the team was expecting these comparisons but she also hoped that the cine-lovers will give her film a chance. "Sairat is really special and iconic film but we are trying to show that story through new perspective. We just want one chance from the audience to watch the film as we have made this with lot of hard work and honesty," she said.