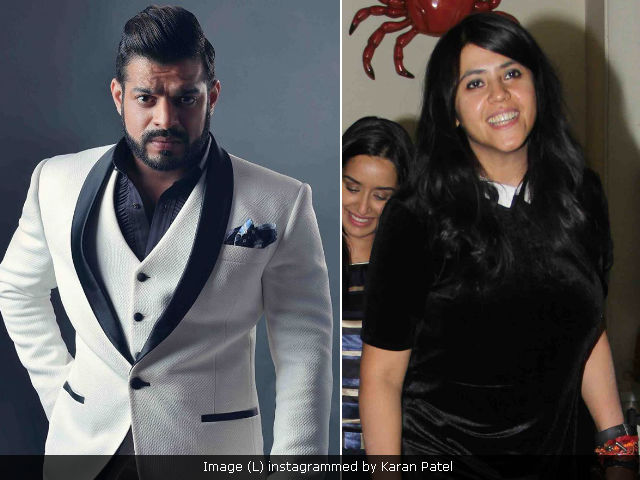 New Delhi: Television actor Karan Patel's latest Instagram post on Kapil Sharma's show suggests that he is supporting the comedian's former co-star Sunil Grover in their alleged fight. On Wednesday morning, Karan shared a news article which mentioned that Kapil's show had to be cancelled after the cold response of the audience. The Yeh Hai Mohabbatein star writes, "Kapil Sharma's incident proves that if you want to be loved and respected for lifelong and not momentarily... there just one simple thing to do... Head on your shoulders and feet firm on the ground (sic)." Kapil Sharma is accused of assaulting Sunil Grover on a flight from Australia to Mumbai last month.

Kapil Sharma's incident proves that if you want to be LOVED and RESPECTED for LIFELONG and NOT MOMENTARILY ... there jus one simple thing to do .... "Head on your shoulders and feet firm on the ground"

Ekta Kapoor, who is the producer of Karan's show also commented on Karan's post and wrote, "True."

Meanwhile, Sunil Grover, who quit The Kapil Sharma Show, tweeted, "My intentions are to act and to entertain with dignity. For me, money can't be the only reason to do something or not to do something."

A couple of days after their alleged fight, Mr Sharma had posted an apology of sorts on Twitter for Mr Grover. However, in his response, Sunil Grover asked him to not to 'act like God.'

Promoted
Listen to the latest songs, only on JioSaavn.com
Last weekend, Sunil Grover gave two blockbuster performances - one was a live gig in Delhi with Kiku Sharda and the other was for the grand finale of Indian Idol 9, where he performed as Mashoor Gulati and Rinku Bhabhi, his characters from The Kapil Sharma Show. His Indian Idol gig was lauded on Twitter while his live performance was full house.

The Kapil Sharma Show show has reportedly been given a month's extension from the channel. Comedian Raju Srivastava has joined Kapil Sharma as his co-star for the show.