"To one of the coolest and strongest women I know," wrote Kareena Kapoor 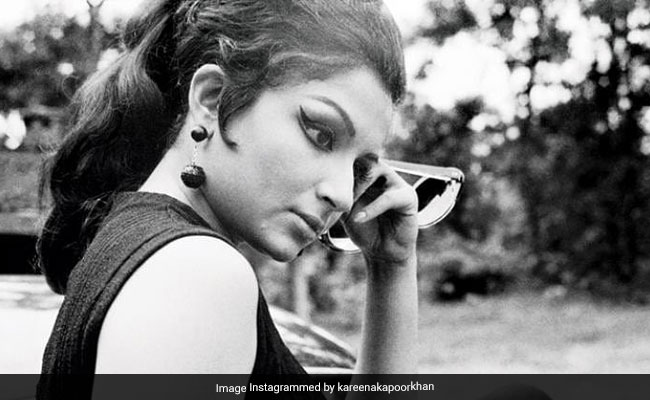 Bollywood veteran  Sharmila Tagore celebrates her 76th birthday today and in order to make her day all the more special, a perfect greeting arrived from her daughter-in-law and actress Kareena Kapoor. The 40-year-old actress shared a stunning greyscale throwback from Sharmila Tagore's younger days in the film industry, with an equally adorable caption. Kareena Kapoor, in her caption, described Sharmila Tagore as the "coolest" and the "most beautiful" and she wrote: "To one of the coolest and strongest women I know." She signed off the note saying, "Happy birthday my beautiful mother-in-law." In the close-up shot, Sharmila Tagore can be seen sitting pretty. She can be seen sporting her signature winged eyeliner.

Meanwhile, Sharmila Tagore's daughter and actress Soha Ali Khan posted an album, which had pictures of the mother-daughter duo from 2013 to 2019. She captioned the post: "We always managed to spend birthdays together but this year has kept us apart. When we meet and may that be soon, we will celebrate all the moments we have missed and be thankful for all the love we have. Happy birthday Amman! See you soon."

Sharmila Tagore, who was launched by the iconic filmmaker Satyajit Ray in the 1959 Bengali film Apur Sansar, stepped into Bollywood with the 1964 film Kashmir Ki Kali. She has worked in many successful Bollywood films like Aradhana, Chupke Chupke, Amar Prem among others. She was married to legendary cricketer Mansoor Ali Khan Pataudi, who died in 2011.

Meanwhile, Kareena Kapoor is expecting her second child with Saif Ali Khan. The couple, who are parents to a son named Taimur (3), announced their second pregnancy in a statement in August this year.