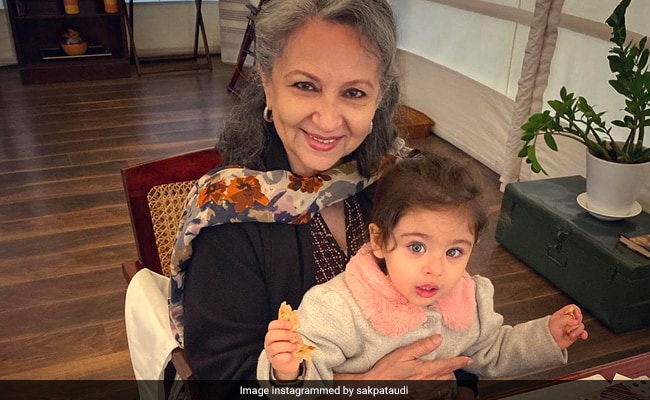 Veteran actress Sharmila Tagore turned 75-years-old on Sunday and in order to make her birthday all the more special, her daughter and Bollywood actress Soha Ali Khan posted a special greeting on her Instagram profile. We can't help but love Soha's birthday wish for her mother. Why, you ask? Well, to begin with, it features the legendary actress smiling with all her heart. Secondly, it also features Soha's daughter Inaaya Naumi Kemmu curled up in her grandmother's arms. Soha captioned the post: "Birthday pancakes." Several Bollywood celebrities including Shweta Bachchan Nanda, Neha Dhupia and Dia Mirza left heart emojis on the post.

On Saturday night, Soha Ali Khan posted a stunning picture of Sharmila Tagore on her Instagram story. In the photograph, Sharmila Tagore can be see happily posing for the camera. The caption on the picture read, "Birthday eve." 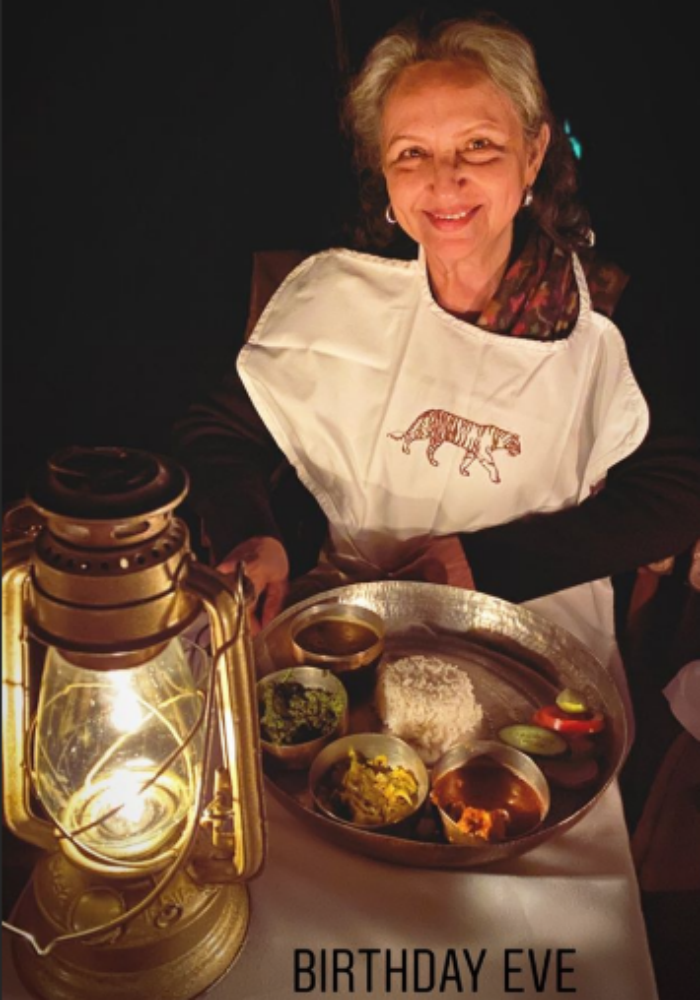 Sharmila Tagore might be a social media recluse but she makes frequent appearances on Soha's social media profile. In October this year, the mother-daughter duo walked the ramp for designer Sanjukta Dutta. Soha shared a picture from the fashion show on Instagram and she wrote: "Was so happy to walk the ramp with my mother after so many years."

Was so happy to walk the ramp with my mother after so many years in support of the beautiful weave from Assam crafted by @sanjukta_dutta_ .Her collection AAKAASH was a tribute to the environment and the handloom industry and it was really a beautiful collection. Thank you @maximus_films for managing the event.

It is perhaps only when you become a mother yourself that you realise that, just when you thought there was no more love to give, after your parents, your husband, your family - that your heart will never be yours again ... it will forever be lodged in that little bundle of joy who calls you mama. It is a love that brings with it hopes and dreams and anxieties, but above all it is a love that is pure and unconditional. And it changes you forever. Happy Mother's Day #happymothersday

This day, one year ago! #theperilsofbeingmoderatelyfamous #authorlife

Sharmila Tagore, who was launched by the iconic filmmaker Satyajit Ray in the 1959 Bengali film Apur Sansar, stepped into Bollywood with the 1964 film Kashmir Ki Kali. She has worked in many successful Bollywood films like Aradhana, Chupke Chupke, Amar Prem amongst others.

Soha Ali Khan was recently seen in Saheb, Biwi Aur Gangster 3 while her first book The Perils Of Being Moderately Famous hit the bookshelf last year.