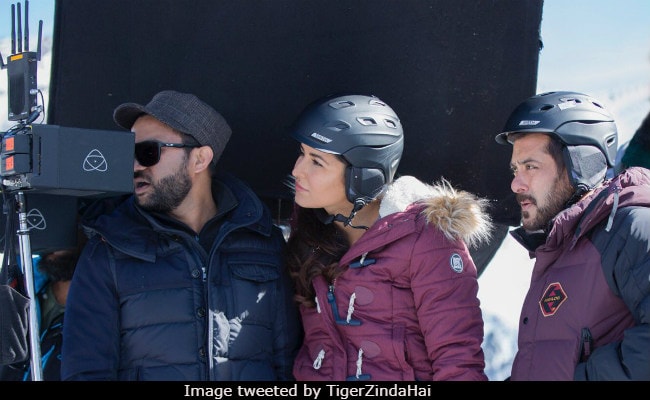 New Delhi: Salman Khan and Katrina Kaif have made pit stops in four countries across the globe because Tiger Zinda Hai director Ali Abbas Zafar wanted the shots to be perfect. Between Morocco, Greece, Austria and Abu Dhabi, the central European country had unexpected challenges for the film's team and especially Salman. "For a significant chapter in Tiger Zinda Hai, we had to film in a place that had a certain amount of aloofness and isolation. We found that spot in the mountains of Austria, a place where time seemed to stand still and frozen," the director said in a statement, reported IANS.

The Dabangg Khan developed health issues and battled medical conditions to train for a particular action sequence in the snow-capped mountains of Austria. "Shooting here meant dealing with unexpected situations. Literally a lot of pain had gone behind this sequence. Salman developed a health issue, but he still trained to film here and delivered on a tough action sequence." Team Tiger Zinda Hai also filmed a song in Austria. "What we see onscreen might look a lot easier than it actually is. Sometimes, sequences like the ones shot in Austria can be difficult to achieve," said Mr Zafar.

The cast and crew of Tiger Zinda Hai were assisted by a well-trained team of professionals: "We had expertise on our side, since we worked with an international crew that has worked on the latest James Bond film Spectre. In the end, as a team, we are fairly satisfied that we managed to film here successfully," he added.