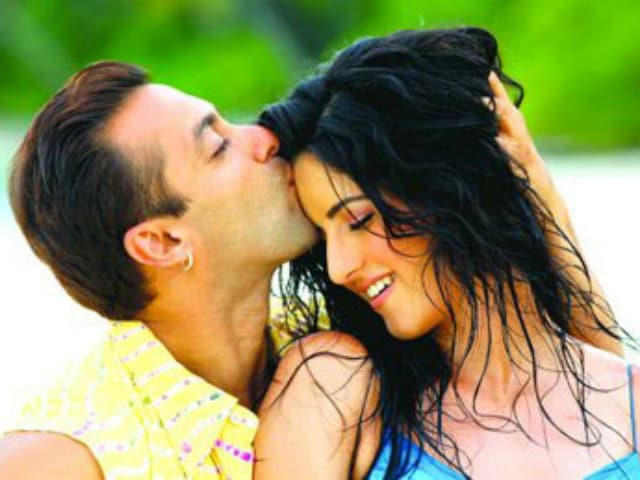 New Delhi: Actor Salman Khan, who is currently shooting for Ali Abbas Zafar's Tiger Zinda Hai, shared a still from the movie featuring co-star and rumoured ex-girlfriend Katrina Kaif. The 51-year-old actor and actress Katrina have previously featured in Ek Tha Tiger and the new film is a sequel to the 2012 thriller, directed by Kabir Khan. Salman, who shared a still from the new film Tiger Zinda Hai, wrote in the caption: "Back together, in Tiger Zinda Hai ". In the still, Katrina and Salman are dressed to kill - Salman in a tuxedo and Katrina in a strapless pale pink gown.

This is what Salman tweeted:

BACK TOGETHER , IN TIGER ZINDA HAI . pic.twitter.com/H8D0Gv8cTT

Earlier, Katrina's fitness coach Reza Katani shared a picture with the actress and revealed that she started shooting for Tiger Zinda Hai in Austria.

ONE FOR THE FANS. Mountain top selfie on the alps with the beautiful and talented katrina kaif on the set of #TigerZindaHai wishing you all a lovely week.

Promoted
Listen to the latest songs, only on JioSaavn.com
Salman and Katrina reportedly started the shoot of their upcoming movie Tiger Zinda Hai with a romantic song, Dil Diyan Gallan, choreographed by Vaibhavi Merchant. A source close to DNA said: "The portion shot at Golden Roof is expected to be a big visual attraction in the film, and the song shot here will match up to the YRF's reputation of the unforgettable visual treats on screen." The movie is set to hit the theatres on Christmas 2018. This year, Salman will be seen in Kabir Khan's Tubelight, co-starring Sohail Khan and Chinese actress Zhu Zhu.

Tubelight will release on Eid 2017. The actor was last seen in the 2016 film Sultan. Meanwhile, Katrina is prepping for her upcoming release Jagga Jasoos, opposite former boyfriend Ranbir Kapoor.