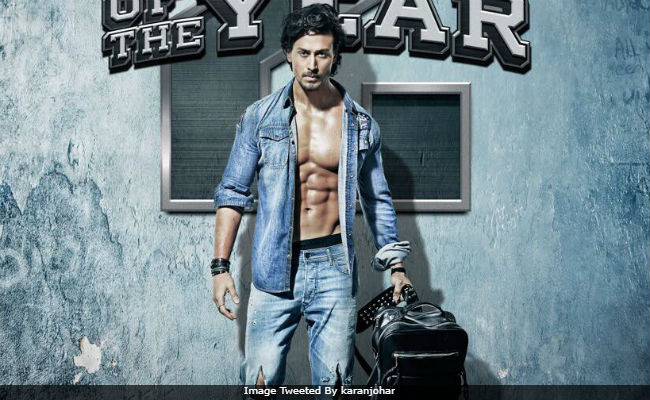 Tiger Shroff on the poster of Student Of The Year 2 (Image courtesy: karanjohar)

New Delhi: Karan Johar has reportedly tweaked the script of Tiger Shroff's Student Of The Year 2 to include more fight sequences, mid-day reports. The popularity of Tiger Shroff as an action hero apparently made Karan Johar and director Punit Malhotra take the decision after Baaghi 2's success. "Earlier, the story was structured in such a way that dance and romance were the two pivotal elements. But the failure of Tiger Shroff's dance film Munna Michael (2017), and the subsequent success of Baaghi 2 proved that the audience loves him in his action avatar. So Karan has asked Punit to incorporate fight sequences in the script, without changing the narrative. The film will now have four major action scenes," source told mid-day.

Thank you @karanjohar sir and @punitdmalhotra sir for giving me admission into the coolest school ever! #StudentOfTheYear2#InItToWinIt#SOTY2@DharmaMoviespic.twitter.com/fbTB1aGlMG

SOTY 2 will release worldwide on the 23rd of NOVEMBER 2018! The two new leading ladies will be announced next month! The franchise forges ahead under the baton of director @punitdmalhotra ...@foxstarhindi@apoorvamehta18@iTIGERSHROFFpic.twitter.com/8gTuiZQANK

Promoted
Listen to the latest songs, only on JioSaavn.com
The female lead opposite Tiger Shroff hasn't been finalised as of yet. Rumour has it that either Ananya Panday (Chunky Pandey's daughter) or dancer Tara Sutaria will be a part of the film. "Since the female leads are newbies, it rests on Tiger's shoulders to draw the audience into theatres. So, Karan was clear that the script should play to his strengths," the source told mid-day.

student of the year 2Tiger Shroff