This Throwback Pic Of Madhuri Dixit Is Worth 'Pause And Rewind' 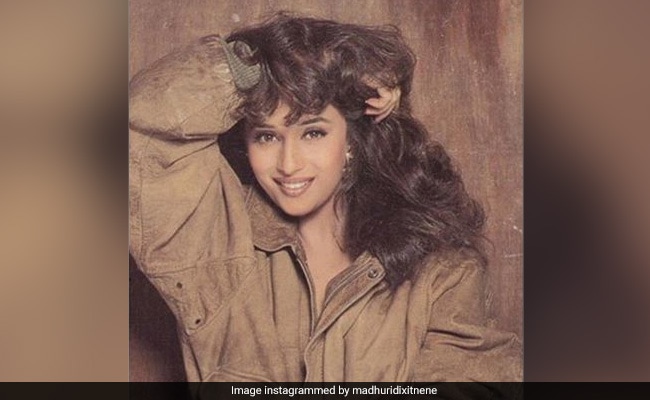 Madhuri Dixit's million dollar smile leaves us in awe every time. The actress, once again, won hearts of millions of her fans. How, you ask? Madhuri took a trip down the memory lane and fished out a throwback picture of herself and we bet the blast from the past is worth "pause and rewind." In the photo, the Kalank actress can be seen posing for the camera dressed in a brown oversized jacket. Going by the post, it appears that Madhuri Dixit's photograph is from one of her photoshoots in the Nineties. Instagramming the picture on social media, Madhuri Dixit captioned it: "Little moments, big memories #PauseAndRewind."

It wouldn't be wrong to say that Madhuri Dixit's throwback game is getting stronger every day. Be it an old picture from one of her films' sets or one from her late Nineties or early Twenties photoshoots, Madhuri Dixit looks stunning in all of her pictures. Most of her photos come with inspirational messages in the captions. Now that we have mentioned it, we have also handpicked a few of the aforementioned posts for you. Take a look:

#BlackAndWhiteStories Living every day with love, grace & gratitude is a spiritual experience!

Find yourself a dream that is worth more than your sleep! #MondayMotivation

The vision to see, the faith to believe and the will to do will take you anywhere you want to go. #throwbackthursday

Madhuri Dixit made her debut in the film industry with the 1984 film Abodh. She went on to feature in over 80 films, including Lajja, Pukar, Dil To Pagal Hai, Koyla, Hum Aapke Hain Koun..!, Prahaar, Dil, Anjaam and Dedh Ishqiya. She was last seen in Karan Johar's Kalank. She has also served as a judge on dance reality shows Jhalak Dikhhla Jaa and Dance Deewane.