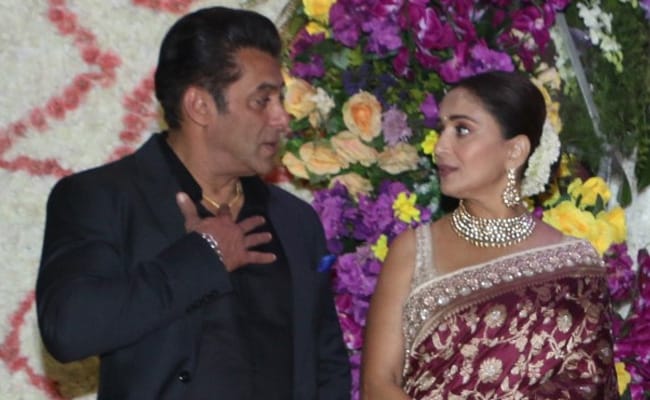 Celebrated filmmaker Sooraj Barjatya's elder son Devaansh Barjatya and Nandini celebrated their wedding with a glitzy reception in Mumbai on Friday evening. The star-studded guest list was headlined by Salman Khan, of course, the star of several Sooraj Barjatya films. Devaansh and Nandini's wedding reception made way for a Hum Aapke Hain Koun reunion of sorts with Salman and Madhuri Dixit catching up on old memories. Madhuri and Salman played the quintessential romantic couple in Sooraj Barjatya's 1994 family drama. Joining Madhuri and Salman at the Barjatya wedding was also Mohnish Bahl, who not only co-starred with them in Hum Aapke Hain Koun but has also featured in several Barjatya productions. Mohnish Bahl's daughter Pranutan Bahl was launched in Bollywood by Salman Khan earlier this year. Madhuri Dixit, who arrived with her husband Dr Sriram Nene, was a sight to behold in a maroon saree. 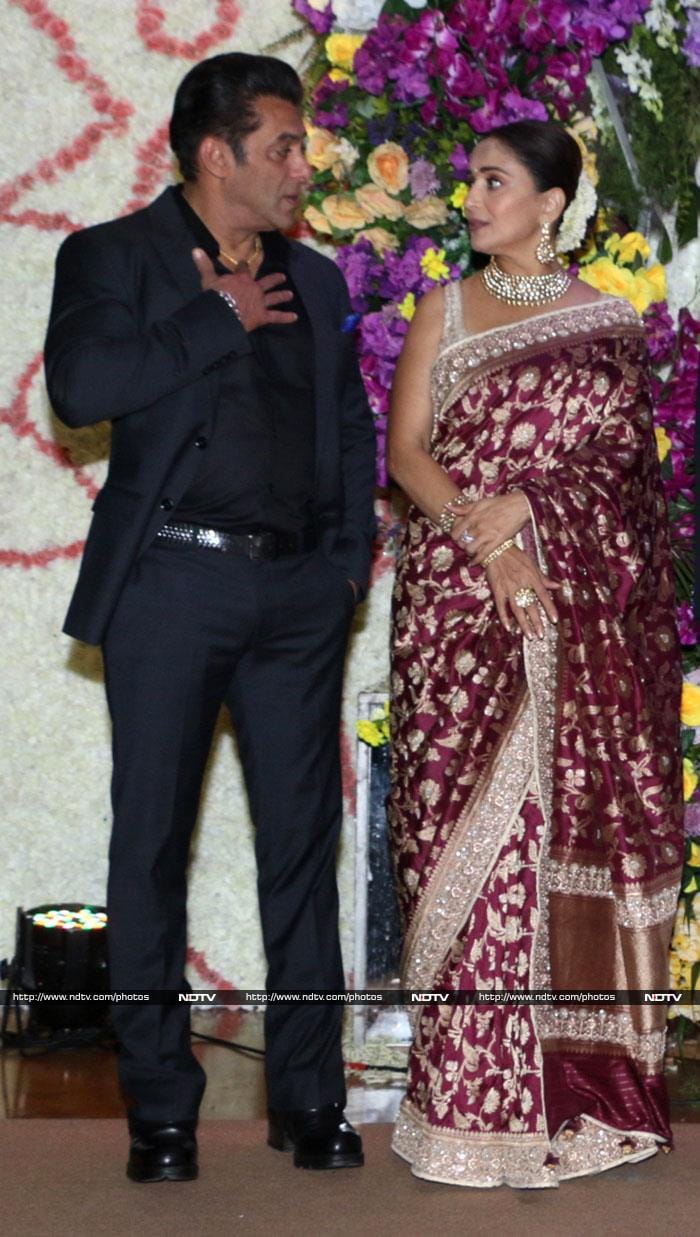 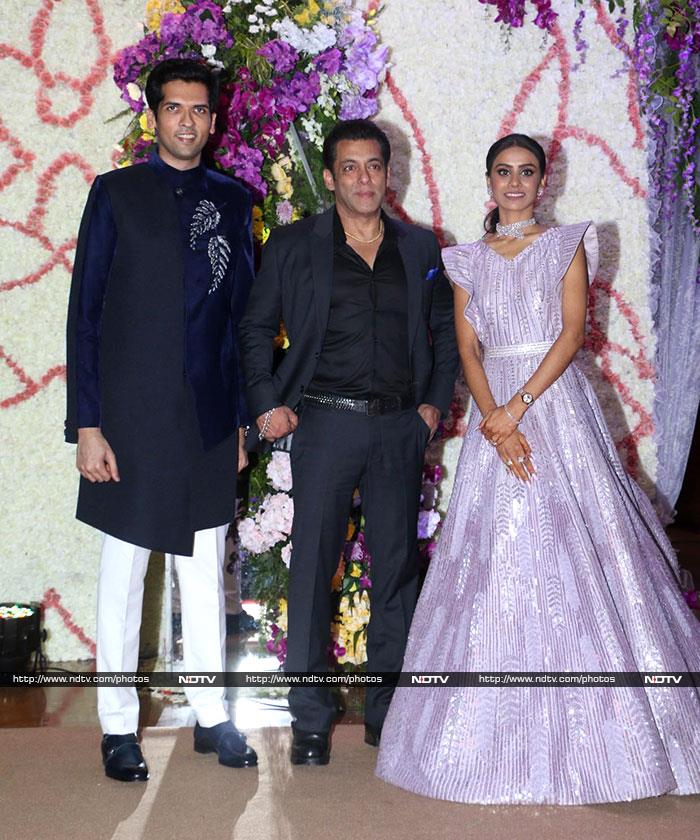 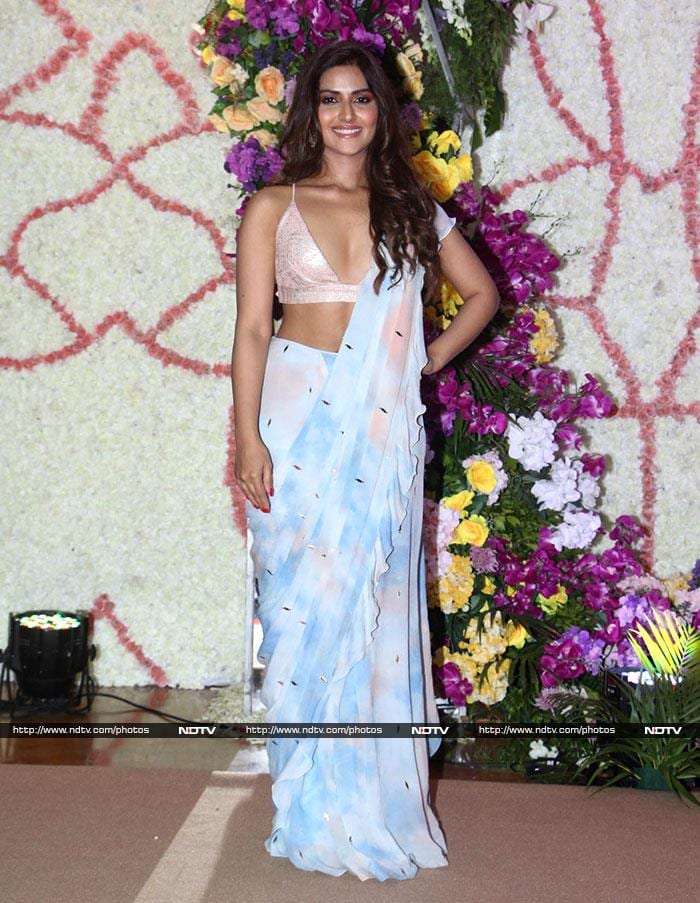 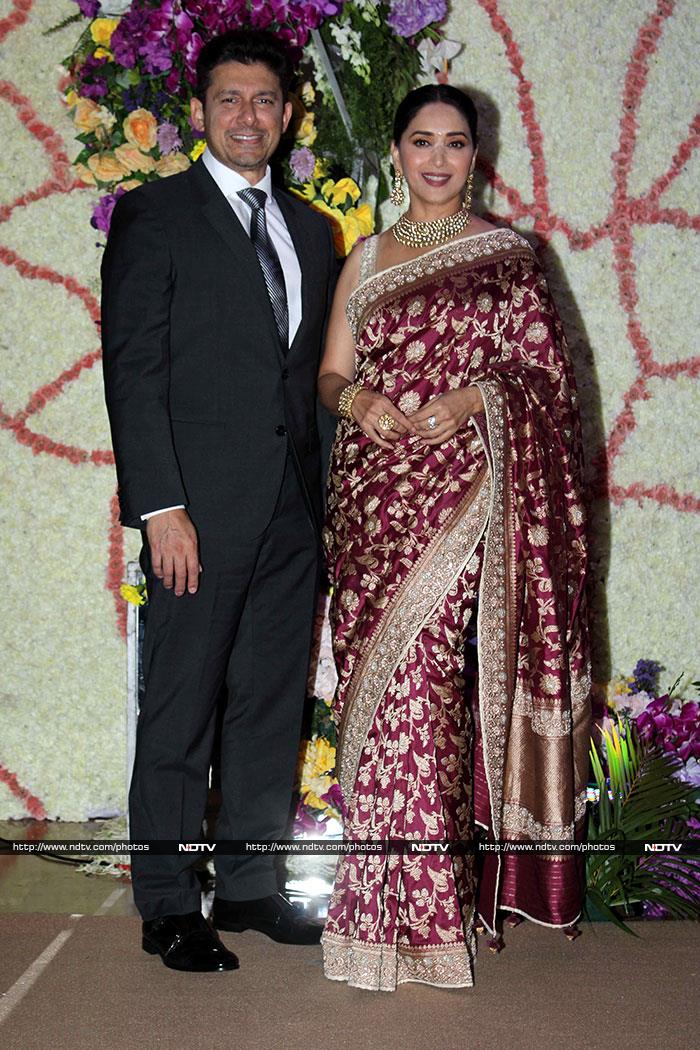 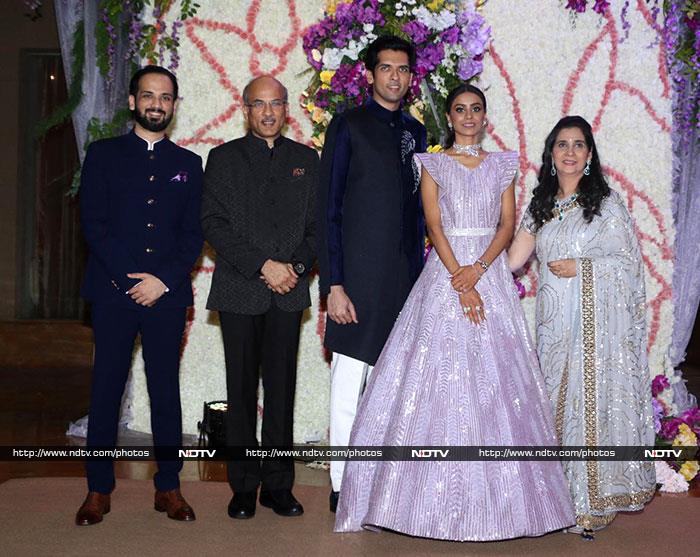 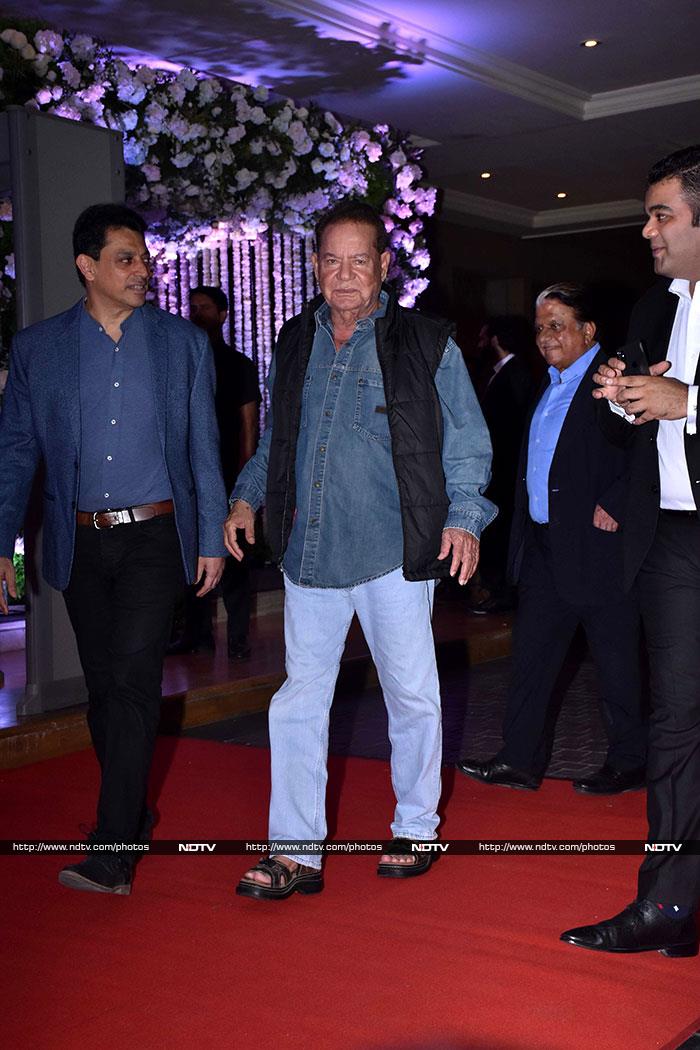 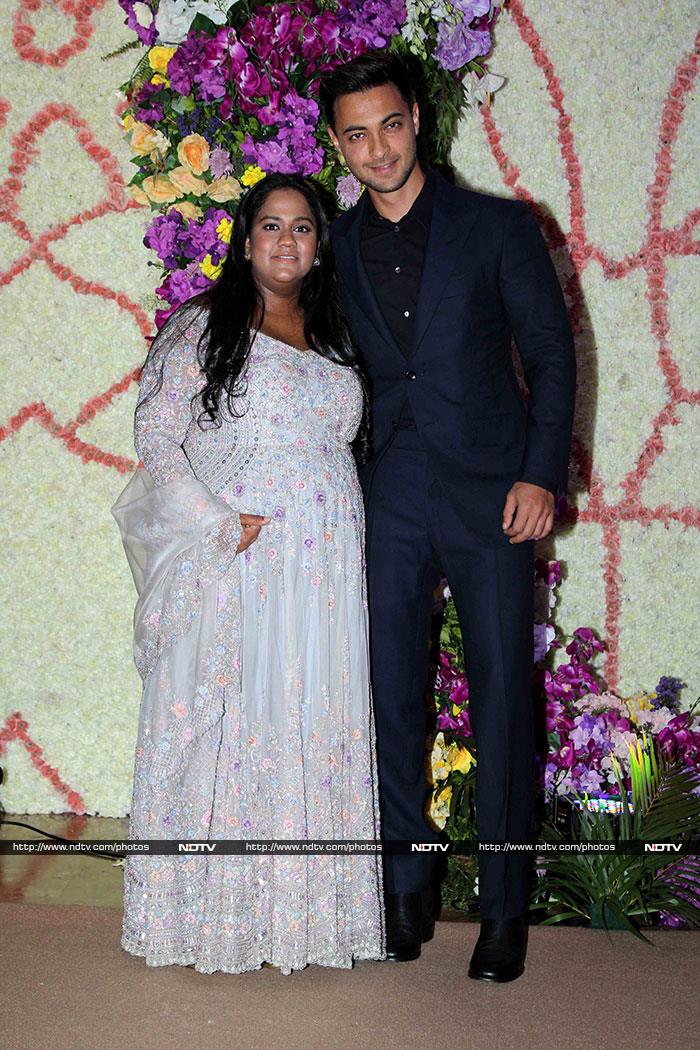 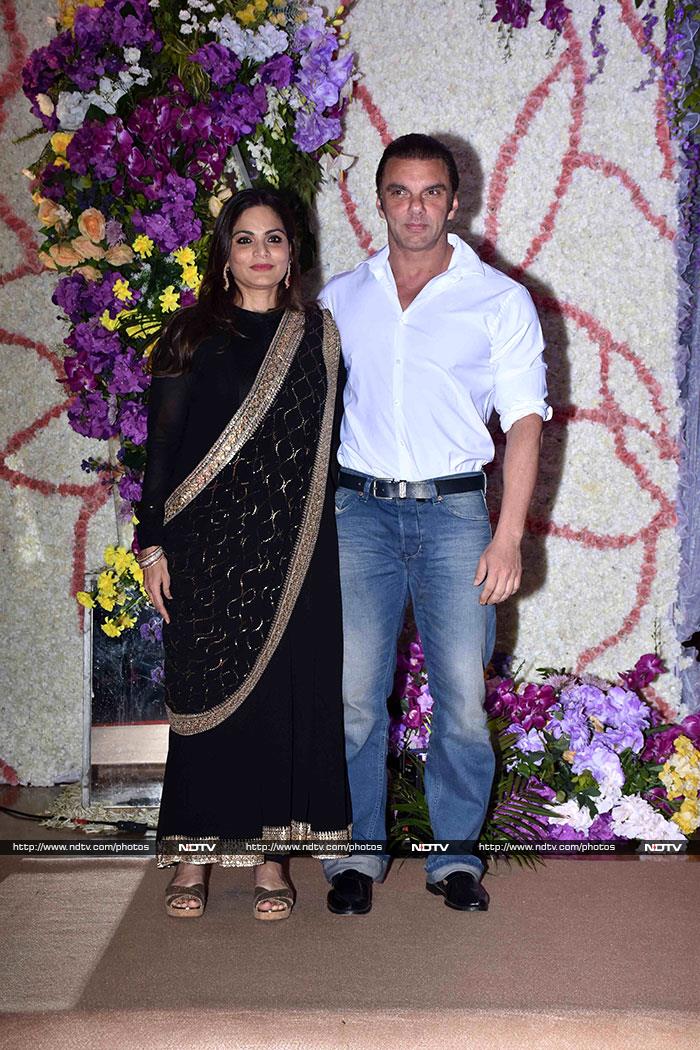 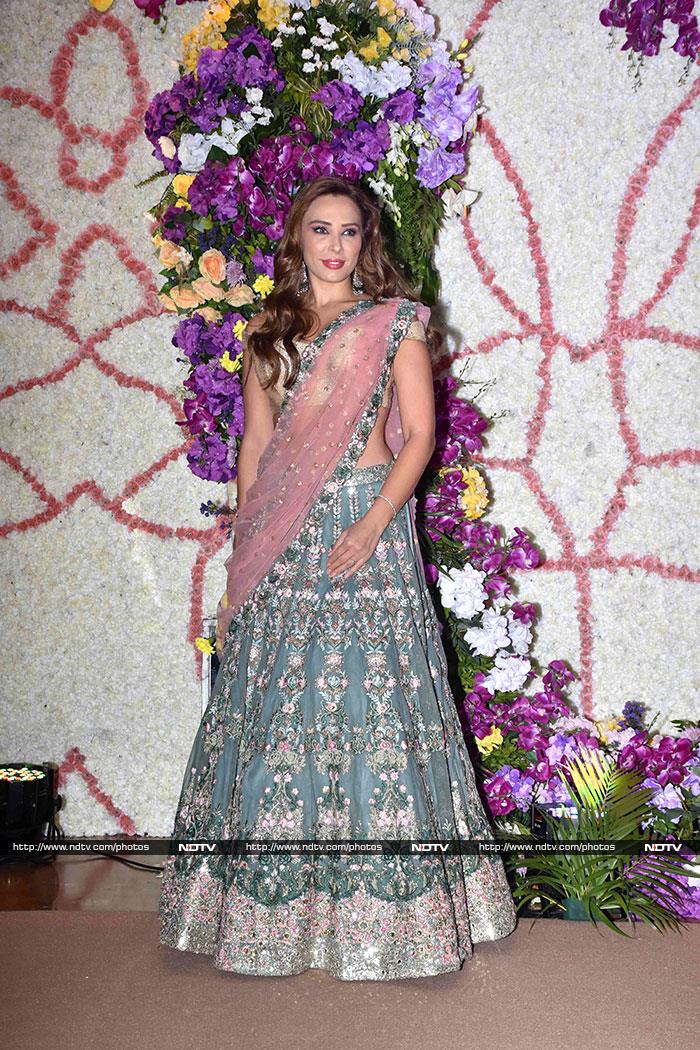 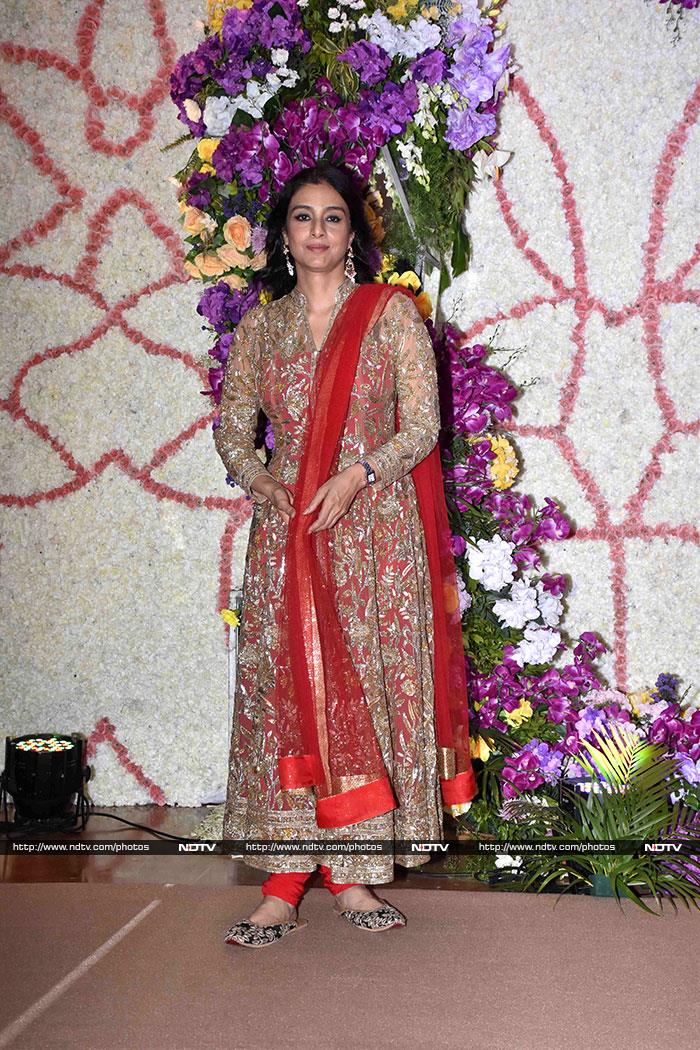 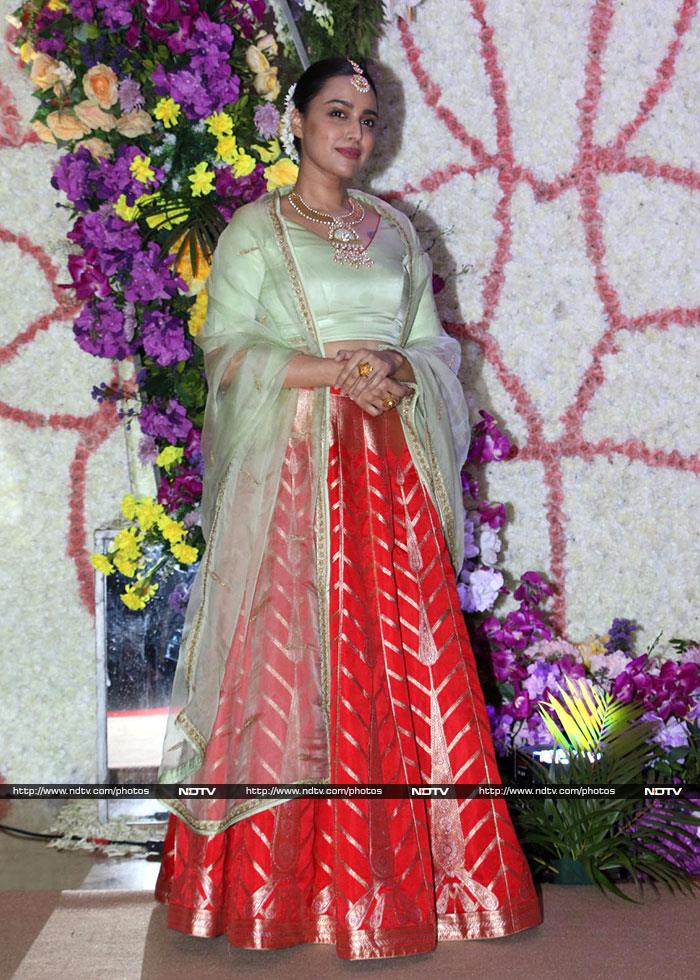 The men's corner was well-represented by actors such as Abhishek Bachchan, Kartik Aaryan, Shahid Kapoor and others. 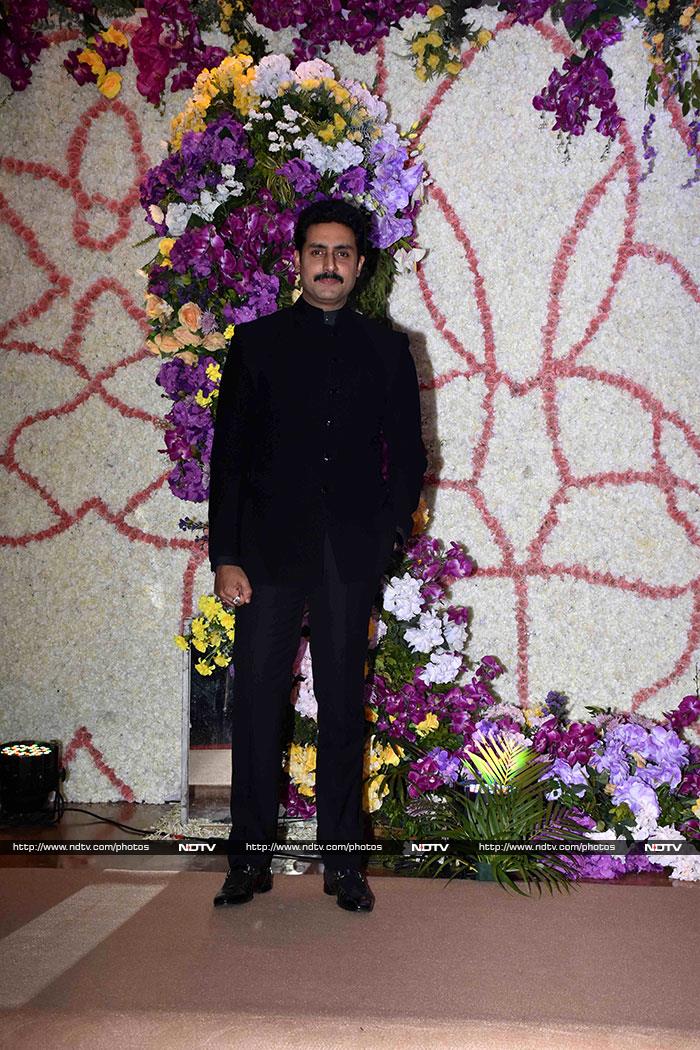 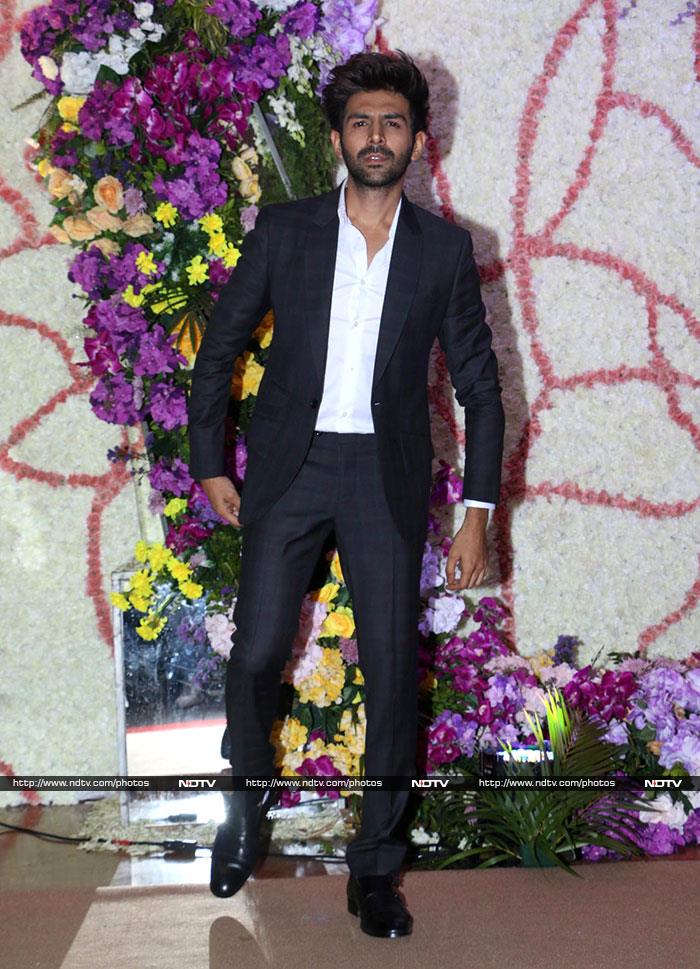 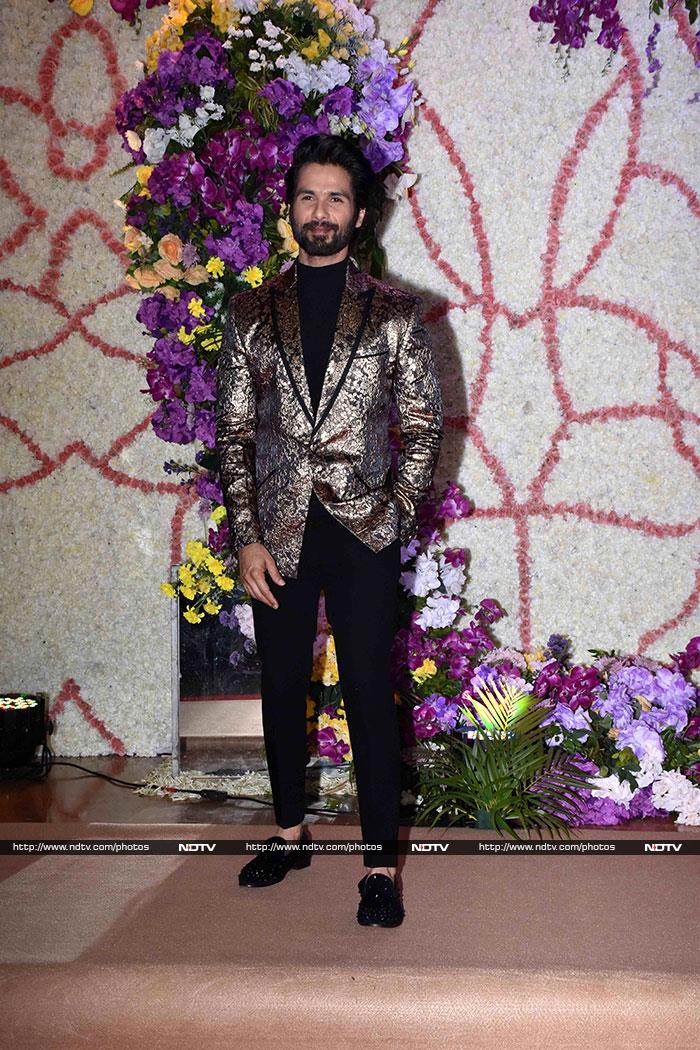 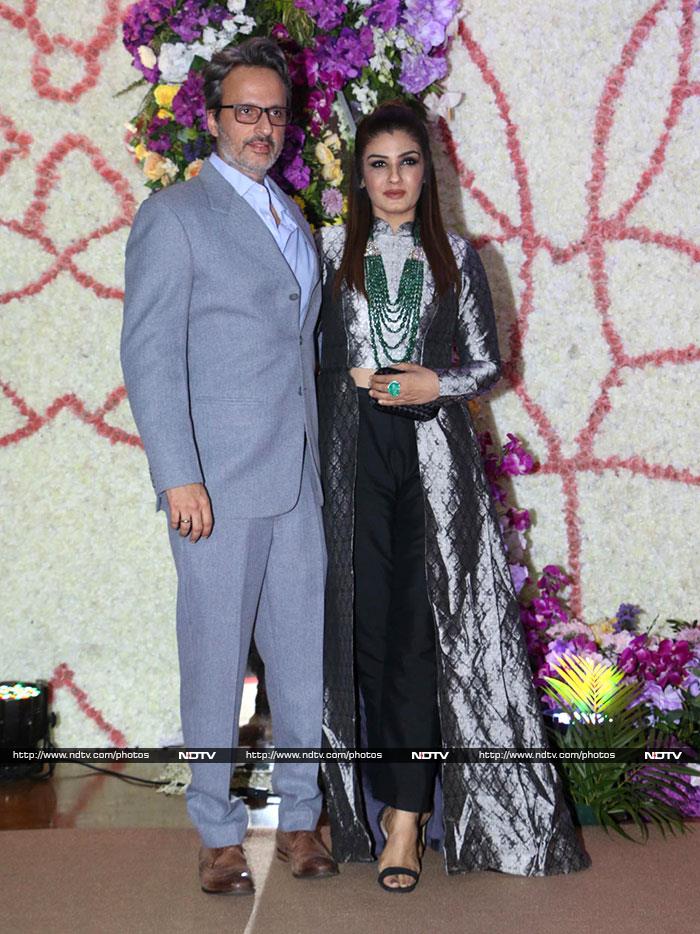 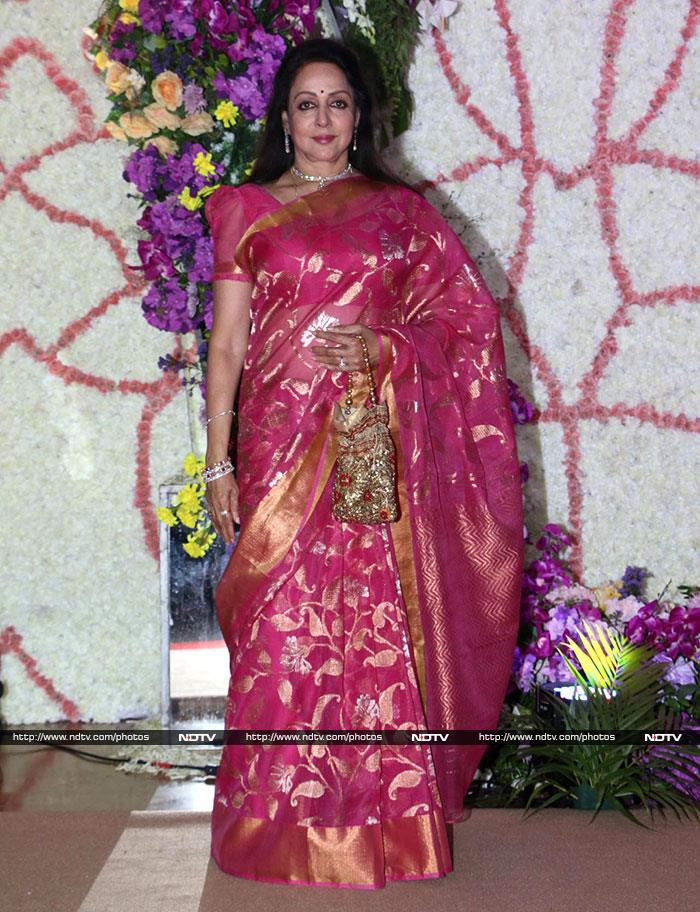 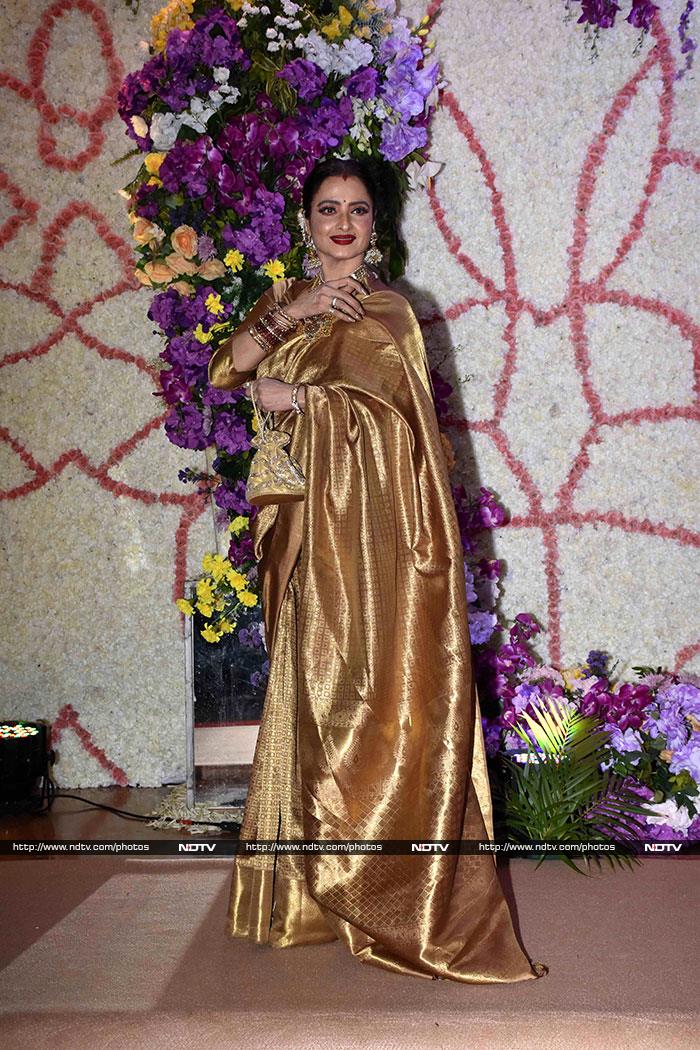 Actress Seema Biswas made a rare appearance with her daughter. 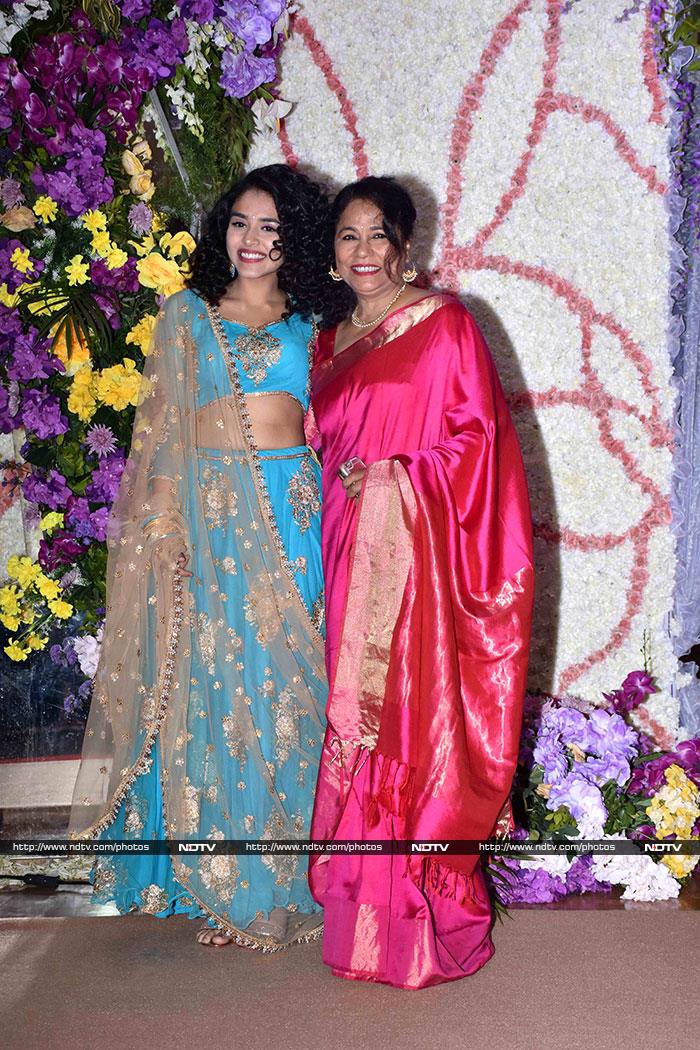