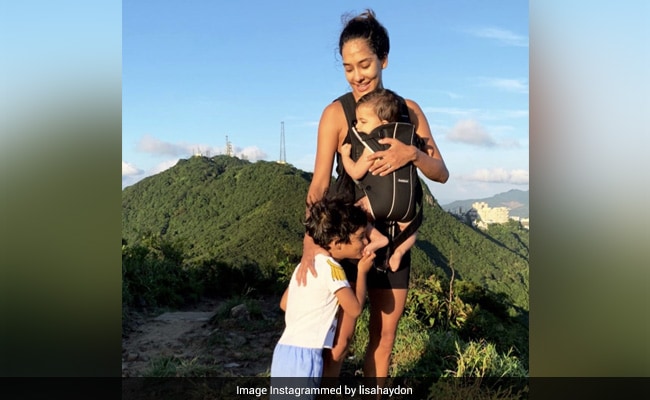 Actress Lisa Haydon, who keeps her children engaged in outdoor activities, shared a picture from a hiking trip she took with her boys on her Instagram story. In the picture, Lisa holds her six-month-old son Leo in her arms (with her help of a carrier) as her elder son Zack, 3, kisses his baby brother's feet. Adorable, isn't it? Lisa Haydon, 34, is married to businessman Dino Lalvani and they live in Hong Kong with their two sons. Lisa Haydon frequently shares pictures and videos from her vacation and outdoor activities, including surfing, which keeps her fans glued to her social media accounts.

Check out the latest pictures shared by Lisa Haydon: 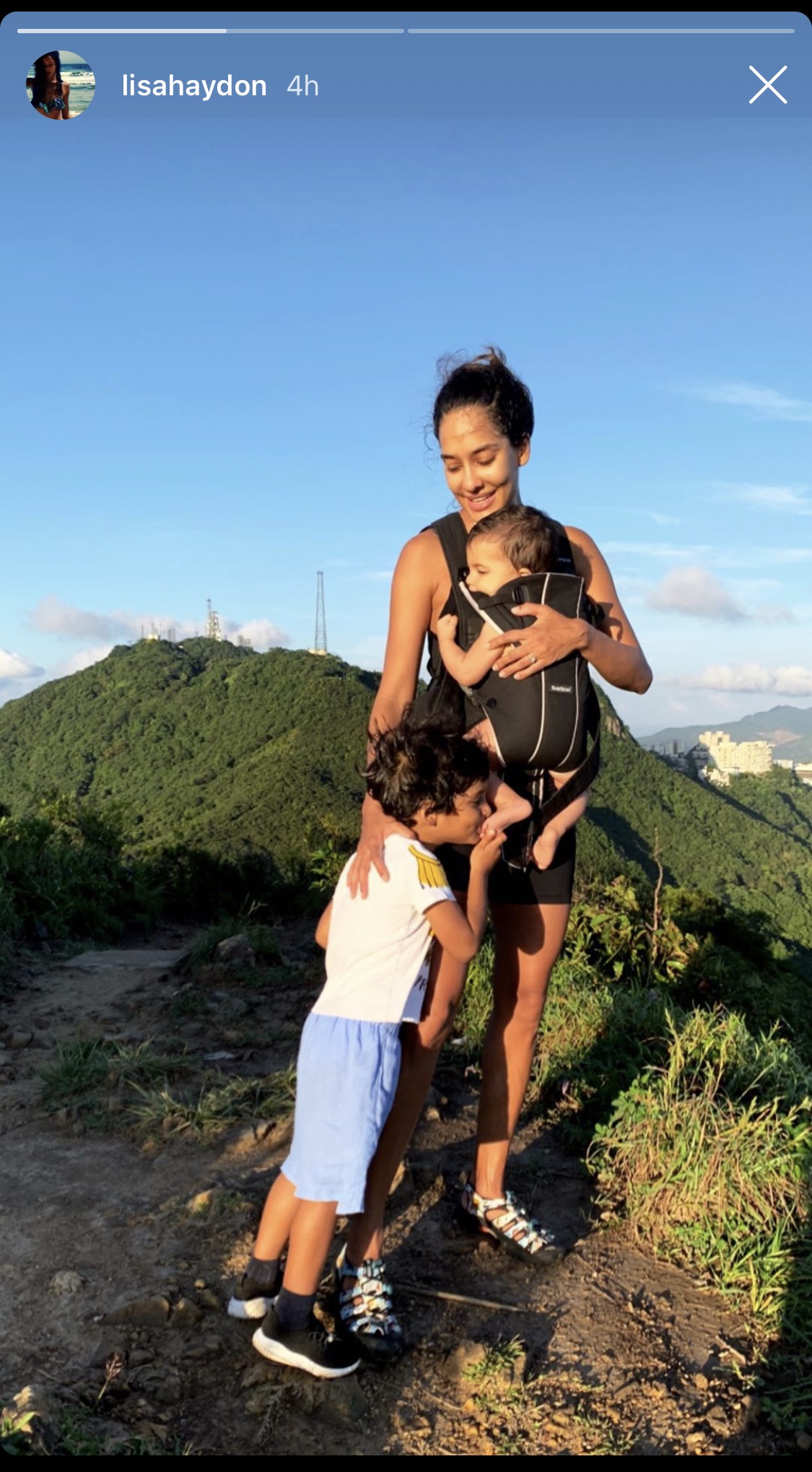 Here are some snippets from her other outings:

Lisa Haydon debuted in Bollywood in 2010 film Aisha, which featured Sonam Kapoor in the lead role. After that she appeared in movies like Rascals, The Shaukeens, Ae Dil Hai Mushkil and Housefull 3. However, her role in Kangana Ranaut's Queen is arguably her career best.

In 2016, Lisa married Dino Lalvani in a dreamy beach-side ceremony. Their son Zack was born in 2017 while they welcomed Leo in 2020. Speaking about returning to films, Lisa Haydon told news agency PTI: "I feel like I've given my children each other and I don't mind taking a break and you know, doing a bit of work. Hopefully, my baby making phase might come to a pause for a few years. And yes, then hopefully you'll see me in the movies."

Apart from films, Lisa Haydon also appeared in web-series The Trip and she was also one of the judges in two seasons of India's Next Top Model and later in Top Model India.