Lisa Haydon Shares Stunning Pics From Her "Island Life." Can You Guess The Location?

"We were trying to do an Insta shoot, as usual reality bites," Lisa captioned the post 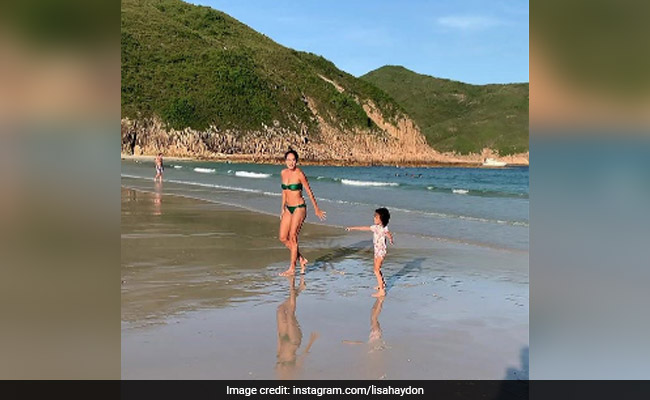 Lisa Haydon shared a set of stunning pictures on her Instagram stories recently. The 34-year-old actress, in her caption, revealed that the pictures happen to be from Hong Kong, from August this year. In some of the pictures, Lisa can be seen posing with her son Zack Lalvani. "Isand life," read the caption on one of her Instagram stories. "We were trying to do an Insta shoot, as usual reality bites," Lisa captioned the video in which she was hit by a ball. Posing with her son Zack, Lisa wrote in one of the pictures: Children make the best and most non-judgmental friends."

Here are all the pictures shared by Lisa on her Instagram stories: 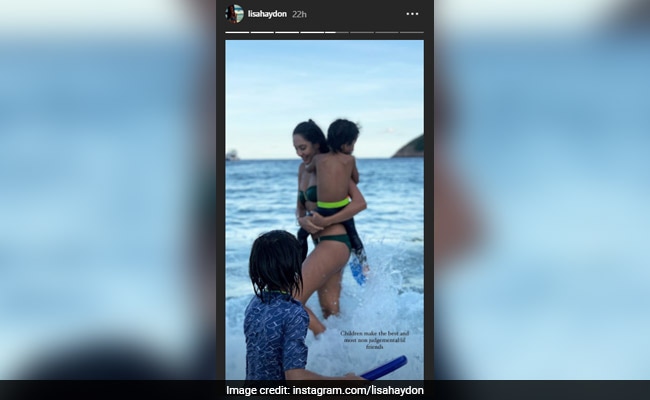 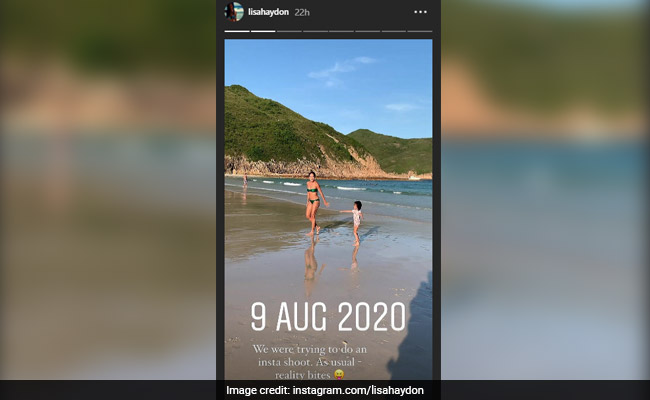 Lisa and Dino welcomed their second child Leo in February this year. Sharing a picture of Leo along with his brother Zack, Lisa wrote in her post: "My forever valentine - Yesterday was our 5 year anniversary of the day we met, on February 13th, one freaky Friday, life has never been the same since. Thank you hub for building family with me." She added the hashtag #HeartRevolution.

Model-turned actress Lisa Haydon, who stepped into Bollywood with the 2010 film Aisha, married entrepreneur Dino Lalvani in 2016 and the couple welcomed their first child Zack in the year 2017.

Lisa Haydon is best-known for featuring in films like The Shaukeens, Ae Dil Hai Mushkil, Rascals and Housefull 3 to name a few. Lisa also featured in the web-series The Trip and she was last seen as a judge in the television show Top Model India.