This Pic Of Katrina Kaif, Ranbir Kapoor And Badshah Is Crazy Viral

Ranbir Kapoor is currently reported to be dating Alia Bhatt, with whom he co-stars in Brahmastra 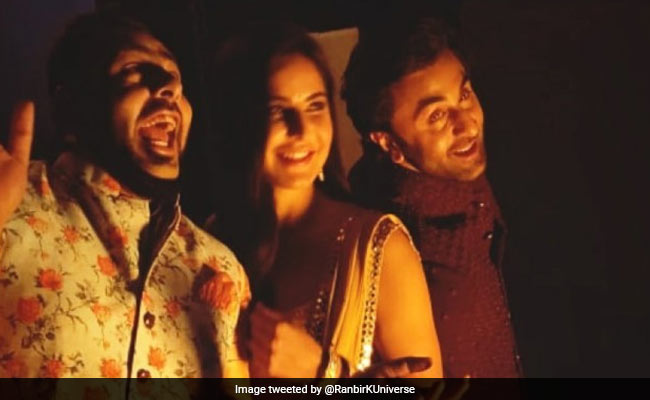 Katrina Kaif and Ranbir Kapoor occupied a top spot on the list of trends on Monday morning after behind-the-scene pictures of them from a shoot surfaced on social media. The pictures that were originally posted by rapper-singer Badshah on his Instagram story, are spreading like wild fire on social media and we are not surprised at all, keeping into consideration the massive popularity of both the actors. The pictures appear to be from the sets of a shoot, in which the trio can be seen dressed in ethnic outfits as they goofily pose for the camera. The pictures were later curated by several fan clubs on social media.

Katrina Kaif and Ranbir Kapoor first shared screen space in the 2009 film Ajab Prem Ki Ghazab Kahani, during the shooting of which, they reportedly fell in love. The actors then dated for six years and broke up in 2016. Ranbir and Katrina have also co-starred in films like Raajneeti (2010) and the 2017 release Jagga Jasoos. Ranbir is currently reported to be dating Alia Bhatt, with whom he co-stars in Brahmastra.

Ranbir Kapoor's line-up of films includes Ayan Mukerji's Brahmastra, co-starring Alia Bhatt and Amitabh Bachchan. He also has Karan Malhotra-directed-Shamshera, alongside Sanjay Dutt and Vaani Kapoor in the pipeline. He was last seen in the 2018 film Sanju, a biopic on actor Sanjay Dutt.