'Akshay Kumar Is One Of The Most Hardworking Actors,' Says Sooryavanshi Co-Star Katrina Kaif

Katrina and Akshay have co-starred in films like Namastey London, Singh Is Kinng and Humko Deewana Kar Gaye among others 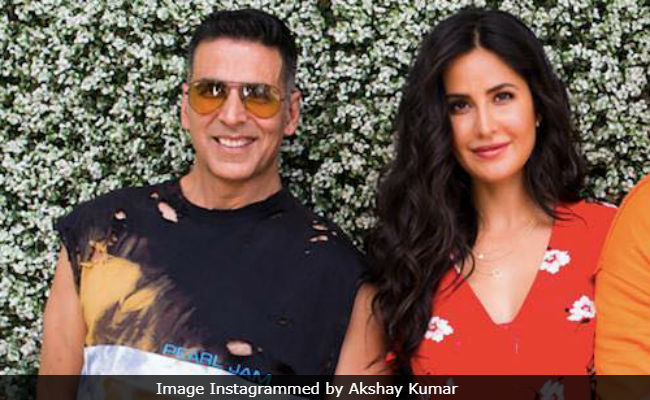 Katrina Kaif, who is all set to collaborate with Akshay Kumar once again in Rohit Shetty's Sooryavanshi, says that he is one of the most hardworking actors that she has worked with, reports news agency IANS. Sharing her experience of working with the 51-year-old actor in the high-octane action film, Katrina Kaif told IANS: "Akshay is one of the most hardworking actors I know. In fact, I learnt so much from him - the dedication, the punctuality. It also helps that he has a great sense of humour."

Katrina Kaif and Akshay Kumar will be seen sharing screen space after nine long years in Sooryavanshi. The duo have earlier worked together in films such as Namastey London, Singh Is Kinng, Humko Deewana Kar Gaye, Welcome and Tees Maar Khan to name a few.

Sooryavanshi is the fourth film from Rohit Shetty's cop universe. The director has earlier made films like Singham and Singham Returns, starring Ajay Devgn and Simmba, starring Ranveer Singh.

InSooryavanshi, Akshay Kumar will be seen playing the role of Veer Suryavanshi, who made a cameo appearance as an anti-terrorist squad officer in the 2018 hit Simmba, which also starred Sara Ali Khan. Details about Katrina Kaif's role in the film have been kept under wraps. The film also features veteran actor Gulshan Grover in a pivotal role. The film is scheduled to release on March 27 next year.

Akshay Kumar was last seen in the period drama Kesari. The actor is currently busy with the promotional duties of Mission Mangal. He also has Good News, opposite Kareena Kapoor in the pipeline.