This Pic Of Kareena Kapoor As A Bride (No, Not For Veere Di Wedding) Is Going Viral 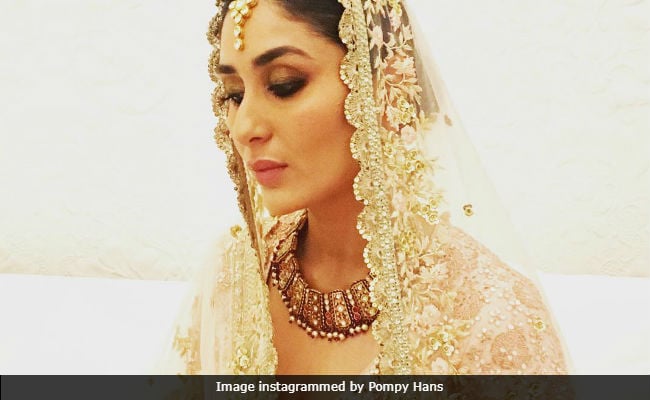 After she returns, Kareena will get busy completing Veere Di Wedding and also get set for the Lakme Fashion Week (Summer-Resort 2018), where she will be designer Anamika Khanna's showstopper, reports news agency IANS. Anamika Khanna will mix contemporary designs with diverse nude palette in her latest collection, the best of which will be worn by Kareena on the ramp. And we have seen how pretty Kareena looks in pastel shades above.

Promoted
Listen to the latest songs, only on JioSaavn.com
Kareena Kapoor was last seen in 2016's Udta Punjab and Veere Di Wedding will be her first film post-pregnancy. Kareena hasn't announced her next project after Veere Di Wedding (releasing on June 1) and it was reported that she will take up selective projects to spend more time with her son. Kareena Kapoor is married to Saif Ali Khan and they are parents to one-year-old Tamiur.