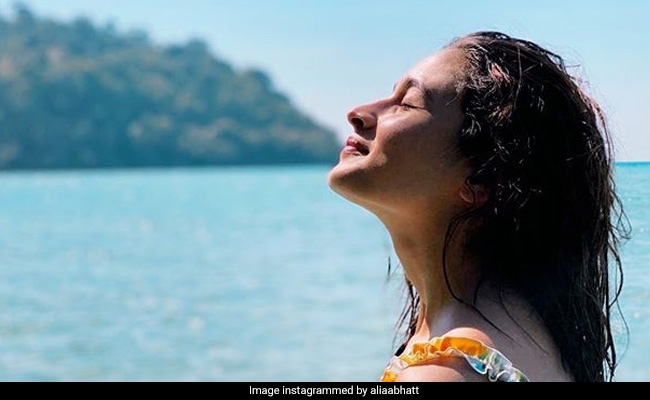 Alia Bhatt welcomed the New Year in the most relaxing way possible. In case you are wondering what are we talking about, the actress, who is making the most of the holiday season by spending some quality time at what appears to be an island, shared her first photo of 2020 and it will surely make your day. In the picture, Alia can be seen sunbathing in a multi-coloured outfit. It wouldn't be wrong to say that the breath-taking view in the backdrop made the picture absolutely perfect. Sharing the photo, Alia Bhatt captioned it: "The light is coming, 2020." Take a look:

And here are more pictures from Alia Bhatt's vacation, in one of which she could be seen standing at a beach with the waves of the sea touching her feet. 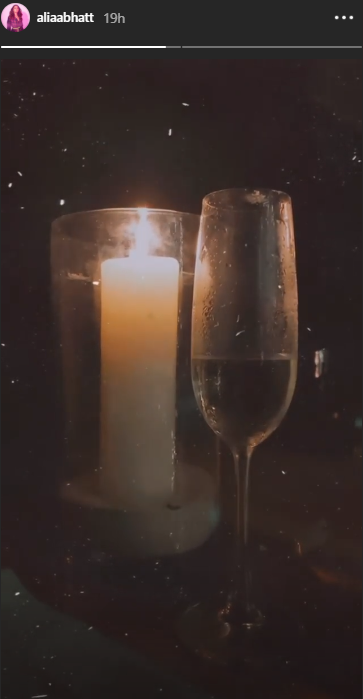 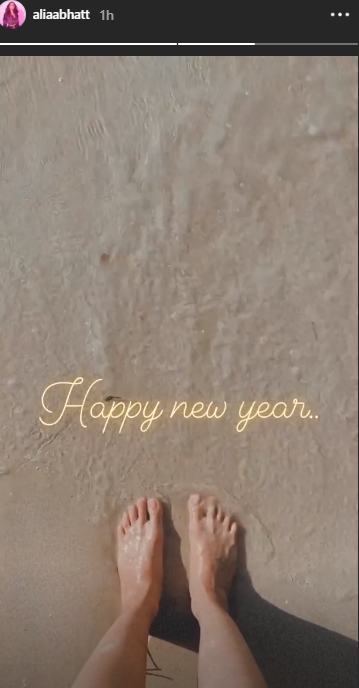 In one of her previous vacation pictures, Alia Bhatt reminded us how good it feels to watch a film "under the stars, by the water and amongst the trees." Here's the photo we are talking about:

A classic under the stars, by the water & amongst the trees

On the work front, Alia Bhatt was last seen in Kalank, which also starred Madhuri Dixit, Sanjay Dutt, Varun Dhawan, Sonakshi Sinha and Aditya Roy Kapur. She has several films in the pipeline, including Ayan Mukerji's Brahmastra, in which she will share screen space with boyfriend Ranbir Kapoor and Amitabh Bachchan. She will also be seen in her father Mahesh Bhatt's upcoming film Sadak 2. Alia recently announced that her film Gangubai Kathiawadi went on floors. Other than all the aforementioned films, Alia will also feature in RRR.