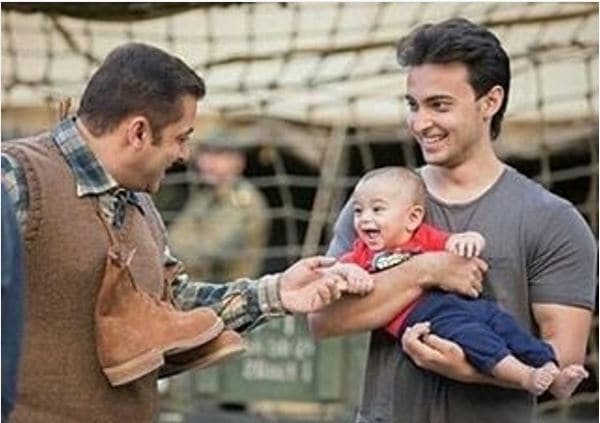 New Delhi: If there's one thing we know for certain about Salman Khan, it's the fact that he's a devoted family man. And the actor, who is currently in picturesque Manali shooting for Kabir Khan's Tubelight, has been away from home for some time, even missing the joyous Ganesh Chaturthi celebrations at Galaxy this year.

But a little guest may bring more joy into the actor's life. Salman has been accompanied by brother-in-law Aayush Sharma to Manali, but was also joined earlier today by nephew Ahil. And we're sure that now he's feeling much closer to home.

Sister Arpita Khan Sharma and son Ahil flew down to Manali to be near Aayush and Salman, and the photo from the sets is as cute as ever. Dad Aayush is seen holding on to his little bundle of joy even as Salman is all smiles with him around.

Promoted
Listen to the latest songs, only on JioSaavn.com
Clearly a wonderful Kodak moment, this little boy is lucky to have a loving family.

Meanwhile, Salman will soon begin shooting for Tiger Zinda Hai with Katrina Kaif after wrapping up this schedule of Tubelight.