This Is When Shah Rukh Khan Will Announce His Next Film 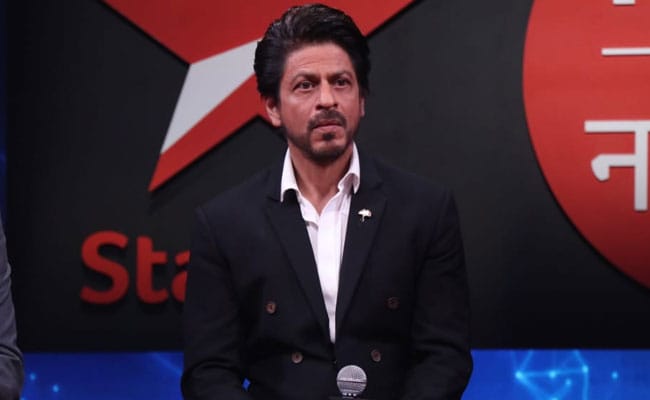 Bollywood superstar Shah Rukh Khan, who was last seen on the big screen in Zero, said that he will announce his next film in a month or two. He added that he is working on two to three scripts right now. The superstar revealed this while interacting with the media in Mumbai on Thursday at the launch of Disney-owned Star India network's second season of TED Talks India: Nayi Baat along with TED head Chris Anderson, Star India president (Hindi entertainment) Gaurav Banerjee, and Star India managing director Sanjay Gupta.

There were recent media reports suggesting that Shah Rukh will be seen in Yash Raj Films' Dhoom 4. Another wave of rumour said that he is set to do a Hindi remake of Quentin Tarantino's Kill Bill, yet other unconfirmed reports suggested he is all set to make Don 3. Others have been saying he is planning a project with Ali Abbas Zafar's or Rajkumar Hirani.

"Actually, I spoke to Sanjay Gupta, Gaurav Banerjee and Uday Shankar; chairman of Star and Disney India, and president of The Walt Disney Company, Asia Pacific and I said, this is the platform where I want to announce it. This is it. I will come here and tell everyone about. TED Talk will be my new movie," said Shah Rukh.

On a serious note, he added: "Jokes apart, I am thinking and taking some time. I am working on two or three scripts and, Inshallah, as soon as they are ready, I am ready. Because most of the people with whom I am working are busy so, Inshallah, I will announce it myself. I feel till the time rumours are floating around, it's good because some of them have given me ideas."

He added, "There was one film people said that I am going to do - Tarzan And Jane. So, I really want to do the role of Tarzan but no, I think, in another month or two, I will figure out everything."

(Except for the headline, this story has not been edited by NDTV staff and is published from a syndicated feed.)
Comments
Shah Rukh Khanshah rukh khan next film