Shah Rukh Khan's 'All-Nighter' Left Him Looking Like This. Here's What Kept Him Busy 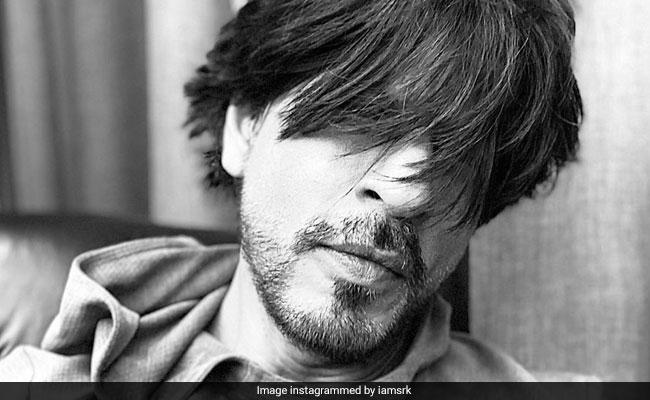 Shah Rukh Khan is a busy man but the actor managed to scoop some time from his tight schedule and decided to clean his library. The actor even gave his fans a glimpse of the moment by sharing a picture on his Instagram profile on Monday. In the greyscale picture, SRK could be seen relaxing on a chair with most of his hair covering his face. In his post, the actor described his look as "shabby" and wrote: "Did an all-nighter... Cleaning up my library. A bit shabby and smelling of books, dust and happiness." SRK's post received over 7 lakh likes on Instagram within a few hours. "Sir, you are truly an inspiration and you look damn cute in this look," wrote a fan.

Did an all nighter...cleaning up my library. A bit shabby & smelling of books, dust and happiness...

Shah Rukh Khan's Instagram profile is a sheer delight. From pictures of his kids to loved-up posts with his wife Gauri Khan - SRK's timeline has it all. Take a look at some of the posts here:

Keeping up the tradition of Tae 'Khan' Doh in the family, the latest entrant to the Kiran Teacher ( @care141 )Fight Club. Yellow belt it is...

"Being with you is like being on Stage. There's so much light, I can't see anything else". Curiosity to know New, Humility to accept u will never know if fully...makes u an actor. #WorldTheaterDay

On the work front, Shah Rukh Khan was last seen in Aanand L Rai's 2018 film Zero, co-starring Katrina Kaif and Anushka Sharma. The film was a box office debacle. As of now, the actor has not announced any project as an actor. However, he recently produced Netflix's web-series Bard Of Blood, which stars Emraan Hashmi, Sobhita Dhulipala, Kirti Kulhari, Vineet Kumar Singh and Jaideep Ahlawat.

Shah Rukh Khan has reportedly been approached for Kill Bill Hindi remake for the antagonist's role. Nikhil Dwivedi, who bought the remake rights of the Quentin Tarantino-directed film, is reportedly collaborating with Anurag Kashyap for the project. The makers have not made any official announcements as of now.