This Is What 40 Looks Like When You Are Shahid Kapoor. Pic Courtesy - Mira Rajput

"Lucky me, you don't look it," wrote Mira Rajput 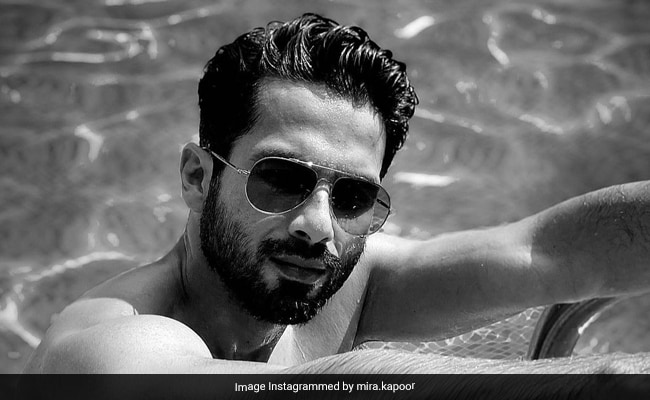 It's Shahid Kapoor's 40th birthday and his wife Mira Rajput found the perfect way to make his day all the more special. On her Instagram profile, she shared a few posts to wish the actor on his birthday. The first one is a mushy picture, in which Mira Rajput can be seen planting a kiss on the cheeks of birthday boy Shahid Kapoor. Adding an equally adorable caption, Mira Rajput wrote: "I like me better when I'm with you. Happy 40th to the love of my life. Any wiser and I'm in trouble. Lucky me, you don't look it and lucky you, I don't show it. I love you baby." Aww! How cute is that.

Adding another perfect greyscale shot of the birthday boy chilling in the pool, Mira Rajput wrote in her caption: "Shine on. Be one with the light." Check out the post here:

Shahid Kapoor  is a star of critically acclaimed as well as hit films like Udta Punjab, Haider, Jab We Met, "Padmaavat" and Ishq Vishk. His last film was the 2019 hit Kabir Singh, co-starring Kiara Advani. The actor will next be seen in Jersey, in which he plays the role of a cricketer.