Mira Rajput is a pro when it comes to ROFL captions. Here's proof 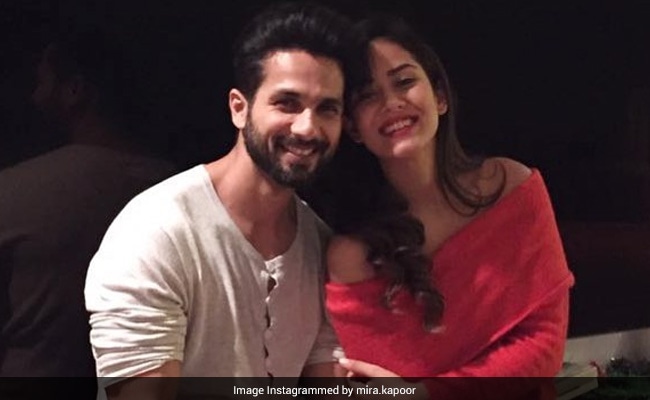 Mira Rajput, who is a pro when it comes to ROFL captions, cracked the Internet up on Friday with her latest Instagram entry. Mira had her wisdom tooth extraction on Friday, after which she shared two pictures of herself on her Instagram story with ROFL captions, in one of which she hilariously shared that her husband, actor Shahid Kapoor, "almost had multiple hand fractures" during her two birth deliveries. Mira Rajput and Shahid are parents to daughter Misha (born in August 2016) and little son Zain, whom they welcomed on September 5, 2018. The caption on Mira Rajput's first photo read: "Had a wisdom tooth extraction today. Made labour pain seem like a yoga stretch. Pictured here wonky and woozy and the only window where I could manage a smile."

"Also, majorly missing Shahid Kapoor, whose hands almost had multiple fractures during the two deliveries. They would have been smashed this time," she wrote for her second picture. 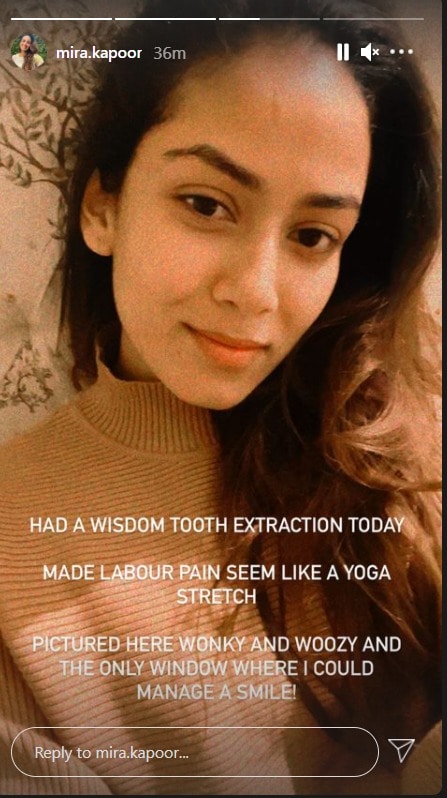 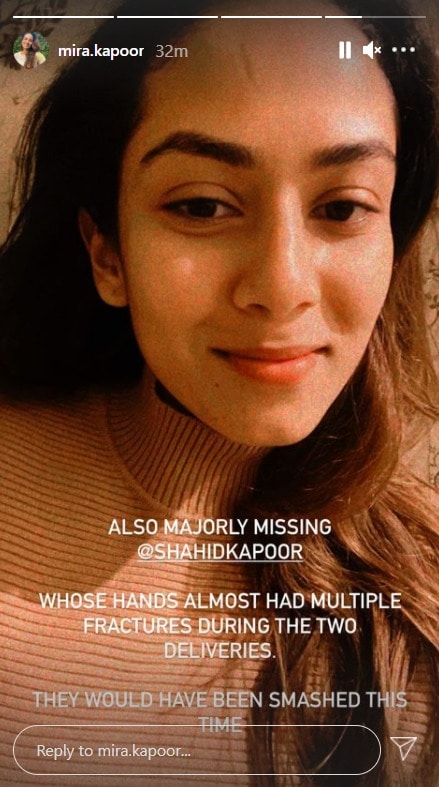 Mira Rajput and Shahid Kapoor often give us couple goals with their loved-up posts for each other. Take a look:

We just love this family photo of Shahid Kapoor and Mira Rajput with their kids:

In terms of work, Shahid Kapoor's next film Jersey will release on Diwali this year. He plays the role of a cricket enthusiast whose dream to join the Indian cricket team is fulfilled when he is in his 40s in the film, which is a remake of the Telugu film of the same name. Shahid's father, actor Pankaj Kapur, is also in the film.