"Looking Too Young To Be A Mommy Of 2": Shahid Kapoor's Mushy Comment On Mira Rajput's Latest Post 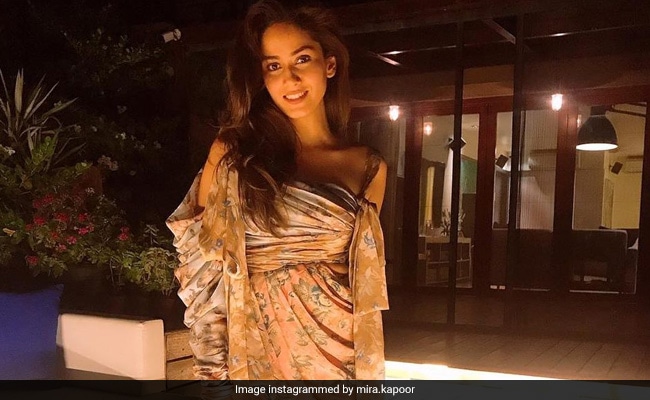 Mira Rajput has a long list of admirers and her husband, actor Shahid Kapoor, tops the list. The reason we are saying this is because he never misses a chance to leave mushy comments on Mira's Instagram posts. On Thursday, Mira Rajput shared a promotional video, in which she can be seen sporting a pastel pink outfit. She looks every bit of gorgeous and according to Shahid Kapoor, she looks "too young to be a mom of two." The actor and Mira Rajput are parents to daughter Misha (born in August 2016) and little son Zain, whom they welcomed on September 5, 2018.

Reacting to his wife's post, Shahid Kapoor commented: "Looking way too young to be a mommy of 2" with a heart icon.

Like we said above, Shahid loves to drop loved-up comments on Mira Rajput's posts. Some time ago, when she added a photo from her Goa vacation to her Instagram diaries with this caption: "Look for the magic in every moment," the actor commented: "I see it in your eyes."

Mira looks fabulous in western, as well as traditional outfits. Need proof? Check out these posts:

Shahid Kapoor's next film Jersey will release on Diwali this year. His film will clash with Akshay Kumar's Prithviraj, releasing on the same day. Shahid plays the role of a cricket enthusiast whose dream to join the Indian cricket team is fulfilled when he is in his 40s in Jersey, which is a remake of the Telugu film of the same name. Shahid's father, actor Pankaj Kapur, is also in the film.