Things Priyanka Chopra Can Use Her Met Gala Dress For, According To Twitter 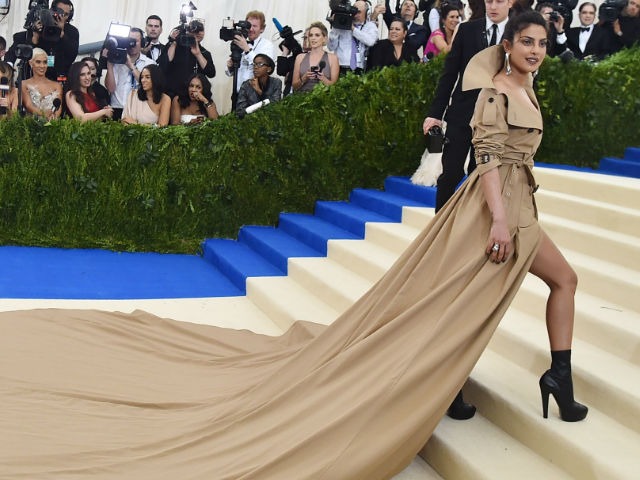 New Delhi: Desi girl Priyanka Chopra's edgy Met Gala debut has many admirers - it's also the subject of an equal number of witticisms. #PriyankaChopra trended on Twitter all of Tuesday, the 34-year-old actress was pictured on the red carpet of the Met Gala in New York on Monday night wearing a dramatic trench coat-like gown by Ralph Lauren, the collar popped to reveal her shoulder and a gigantic train bringing up the rear. The dress prompted what passes on Twitter as humour - tweets suggested Priyanka could use it as a parachute, a bedsheet, or to clean up after her. Here is a sample:

#PriyankaChopra is living up well to #SwachhBharat. The dress will be a saviour in dust-laden corridors devoid of the cleaning staff

Never mind them, Priyanka Chopra, we think you looked fabulous.

Promoted
Listen to the latest songs, only on JioSaavn.com
Priyanka, who spent the last few days in Mumbai before flying back to New York, has finished work on the second season of her TV show Quantico and will now start promoting her Hollywood debut Baywatch. She plays the villain, name of Victoria Leeds, opposite Dwayne 'The Rock' Johnson in the film adaptation of the TV series that made stars of the likes of David Hasselhof and Pamela Anderson, both of whom will make special appearances in the film. Baywatch, co-starring Zac Efron and Alexandra Daddario, will release on May 25. 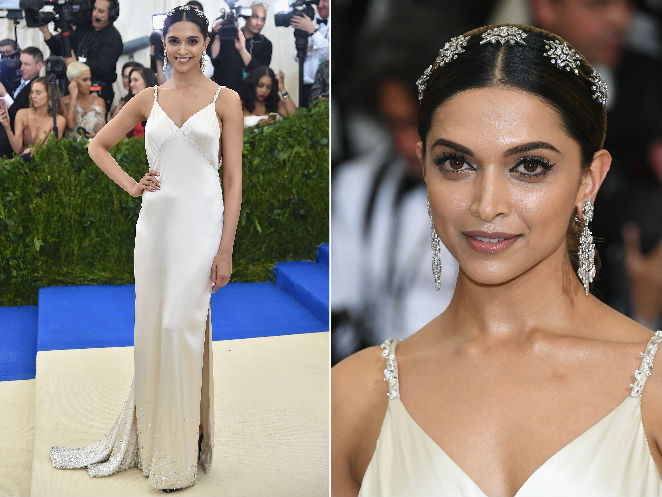