For the second season of The Trip, the entire cast, except Lisa Haydon, has been retained 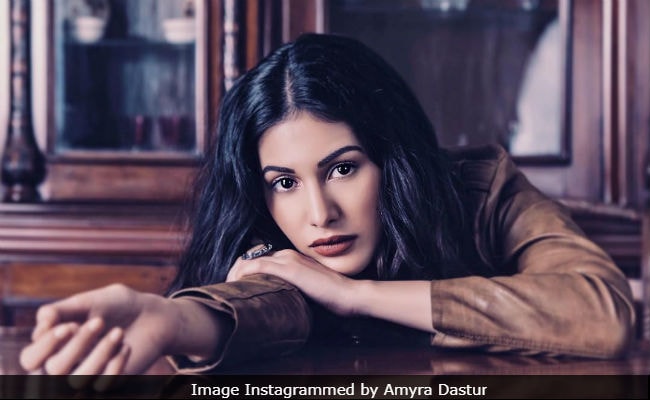 New Delhi: Amyra Dastur will be featuring in the second season of the popular web-series The Trip. However, she is slightly nervous about stepping into Lisa Haydon's shoes. The actress told news agency IANS: "I've wanted to do a web-series for a while and I'm so glad to start with The Trip 2. I'm a little nervous because it's the second season and I feel that there's a lot of pressure on me since Lisa did such a great job in Season 1. Since it's also my first real tryst with comedy in Hindi, I'm quite excited to show people this side of mine." The Trip season 2 will also feature Shweta Tripathi, Mallika Dua and Sapna Pabbi and it will go on floors in July.

Amyra, who is excited about working with the show's director Sonam Nair, said that this show will be her fourth venture with a female director. "I'm really excited to work with Sonam and of course the other girls. Season one really cracked me up and I hope that the second season will be even better and shows everyone that women can work together and bring out the best in one another," IANS quoted her as saying.

Thee first season of The Trip showcased a story of four girls who decide to go on a road trip to Thailand for their friend's bachelorette and as of now the second season's plot hasn't been revealed yet.

Promoted
Listen to the latest songs, only on JioSaavn.com
Amayra, 25, made her Bollywood debut with the 2013 film Issaq and has featured in films like Mr X, opposite Emraan Hashmi and Kaalakaandi starring Saif Ali Khan. She will next be seen in the psychological thriller Mental Hai Kya alongside Kangana Ranaut and Rajkummar Rao.