The "Stupidest" Thing Milind Soman Ever Did: "I Got Addicted Really Quickly" 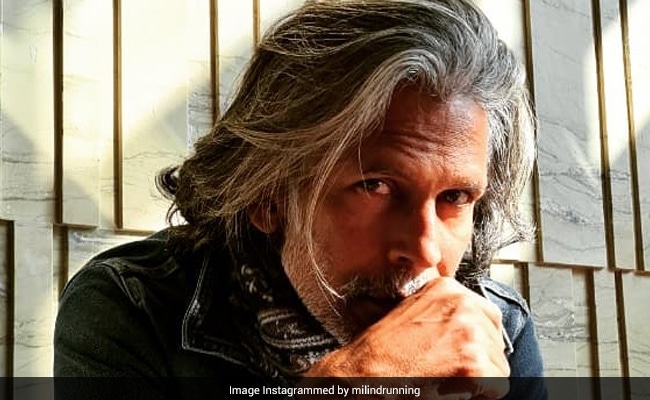 Milind Soman revealed in an Instagram post that he used to be a smoker and struggled to get rid of the addiction. Milind Soman's post comes a day after World No Tobacco Day, in which he wrote he said he picked up smoking in his early thirties. What started off as social smoking, quickly escalated into an addiction. "Every 31st of May, World No Tobacco Day, is a celebration for me, and also a reminder of the stupidest thing I ever did - smoke! I started smoking at the age of 32, on the sets of Captain Vyom, a sci-fi TV series i was shooting at the time. There was no reason to start, just hanging out with people who smoked, trying it out and getting hooked." PS - Milind Soman became a household name after headlining the TV series Captain Vyom in the nineties.

In his post, Milind added: "I got addicted really quickly and was soon smoking 20-30 cigarettes a day. Was tough to stop and took me a long, long time, but I was fortunate that I could. I think I got off lightly. Probably because a lot of other good habits. Many are not so lucky."

The "good habits" that Milind Soman wrote about in his post include running, working out regularly and eating a balanced diet. The 55-year-old actor has been following the same diet routine for 30 years. Asked by fans, he shared the details of his daily meal plan in a recent Instagram post.

Milind Soman also wrote about the new milestone he hopes to achieve on his running schedule: "Been running short 6 km runs every day in these beautiful hills outside Mumbai, waiting to hit the highway for a hundred, don't know when."

Milind Soman is married to Ankita Konwar, who is also a marathon runner and fitness enthusiast. Milind was last seen in the web-series Paurashpur. He also starred in the web show Four More Shots Please! and has featured in films like Chef, Bajirao Mastani and 16th December among many others.