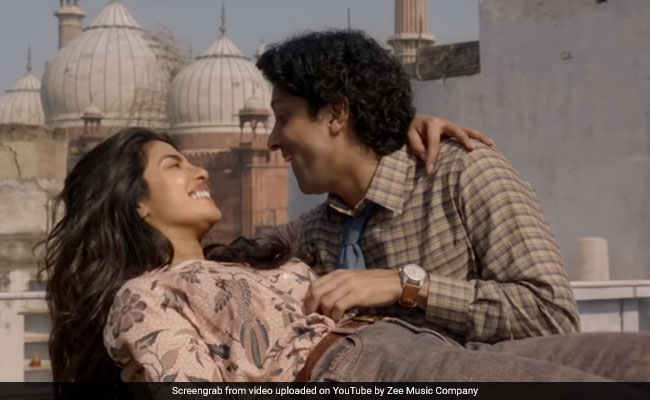 Priyanka Chopra and Farhan Akhtar in a still from the song. (Image courtesy: YouTube)

The first song Dil Hi Toh Hai from the upcoming movie The Sky Is Pink released on Saturday and it wouldn't be wrong to say that you will be compelled to play it on a loop. The song stars film's lead pair - Priyanka Chopra and Farhan Akhtar's mischievous albeit adorable love story. In the video, Priyanka and Farhan can be seen making the most of their me time in Delhi. Besides the beautiful video, what caught our attention the most are the soulful lyrics, which are by Gulzar. The track has been sung by Arijit Singh and Antara Mitra and it has been composed by Pritam. Dil Hi Toh Hai received over 5 lakh views on YouTube within a few hours of its release. Check out the song here:

Sharing the first song from the film on social media, Priyanka Chopra wrote: "Passion or desire... All is fair in love... Because Dil Hi Toh Hai. Farhan Akhtar too shared the song on social media and he wrote: "Every love story needs a song. After all Dil Hi Toh Hai." Take a look at the post here:

The Sky Is Pink, directed by Shonali Bose and co-produced by Roy Kapur Films and Priyanka Chopra, is based on the life of late motivational speaker and author Aisha Chaudhary. Other than Priyanka and Farhan, the film also stars Zaira Wasim and Rohit Saraf. The film recently premiered at the Toronto International Film Festival. The Sky Is Pink is slated to hit the screens on October 11 this year.