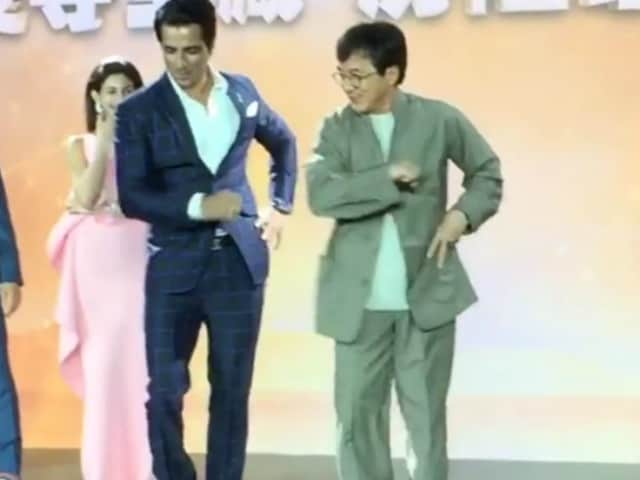 A still from the video shared on Instagram by sonu_sood.

Mr Sood shared a short video of his impromptu dance gig with Jackie Chan on Instagram on Tuesday.

He also posted pictures with Team Kung Fu Yoga from the film festival:

Mr Sood and the Dragon Blade actor will share screen space in Sino-Indian project Kung Fu Yoga. The duo walked the red carpet for the Film Festival and performed an impromptu dance on the Daler Mehndi song on stage.

Kung Fu Yoga is part of the three-film agreement signed between the two countries during Chinese President Xi Jinping's visit to India. The film also stars actress Amyra Dastur. The Bollywood actors, reportedly, have performed some adrenalin-pumping action sequences for the movie.

Directed by Stanley Tong, the action comedy has been shot in Jaipur and Iceland.