The Lion King performed better than Spider Man: Far From Home on its opening day 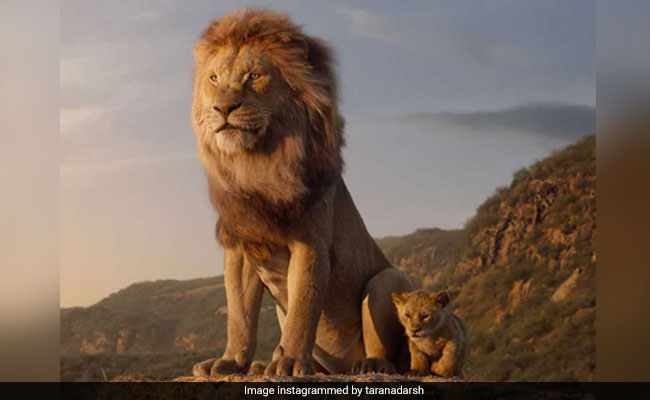 A still from The Lion King. (Image courtesy: taranadarsh)

The Lion King, which opened in theaters on Friday, had a good start at the box office, reports Bollywood trade analyst Taran Adarsh. In his tweet, Taran Adarsh stated that the animated film even managed to perform better than Spider Man: Far From Home.The Lion Kinggarnered over Rs 13.17 crore on its opening day, while Spider Man: Far From Home had collected Rs 10.05 on the day of its release. Taran Adarsh also stated that the film is likely to witness a growth in its business especially over the weekend.

The Lion King opened to great reviews. In his review for NDTV, film critic Saibal Chatterjee gave the Hindi rendition of the film a 3 star rating and he wrote: "Watch The Lion King for the way it looks - there is much here to keep you hooked - if not for what it serves up by way of substance."

Directed by Jon Favreau, The Lion King is a remake of the 1994 animated Disney classic of the same name. The film released in India in Tamil, Telugu, Hindi and English. The Hindi version of the film has voice-overs by Shah Rukh Khan, Aryan, Ashish Vidyarthy, Sanjay Mishra, Shreyas Talpade and Shernaz Patel among others.