The Internet Is Smitten By Vicky Kaushal And With Good Reason 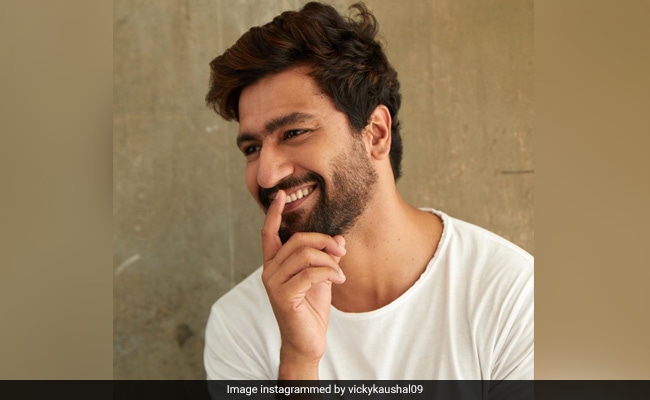 And Vicky Kaushal is here to wow us all with his killer looks. The actor just posted some snaps from a recent photoshoot which are casual but trendy to the core. He is seen in a white T-shirt and is all smiles for the camera. But most importantly, Vicky now sports brown hair highlights, giving a sassy twist to his look. He wrote poetic captions for all three posts. One of them read, "Haste hasaate yun sabko manaate hum jaayengey!" Fans went crazy over this new look and dropped heart-eyed emojis in the comments.

Vicky is prepping up hard for the next film, The Immortal Ashwatthama helmed by Aditya Dhar. He is not just working out for the role but also learning new skills for it. The actor was earlier seen riding a horse, terming it as going "back to basics." The Uri star shared a video of himself practicing a stunt with a stick, and he was quite flawless at it.

Vicky has Shoojit Sircar's Sardar Udham Singh coming up soon. There is also Meghna Gulzar's film Sam Manekshaw. Vicky will then feature opposite Manushi Chhillar in Vijay Krishna Acharya's next.