The Internet Is Busy Crushing On Tiger Shroff But He Has Got His Eyes On...

Tiger Shroff's next project is Heropanti. 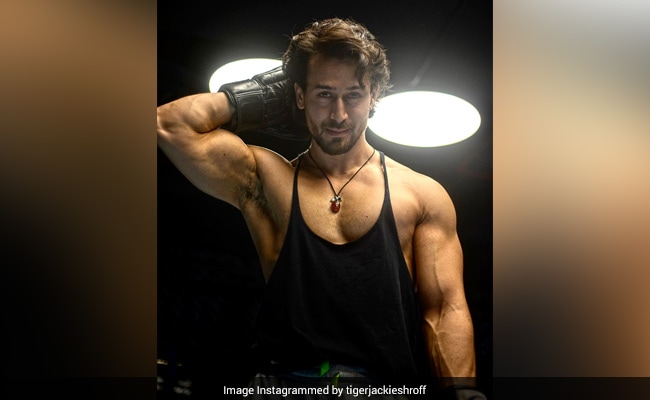 It is easy to see why the Internet can't get past Tiger Shroff's latest Instagram entry. The 30-year-old actor shared a picture of himself and his fans are going gaga over it. No, it is not a picture of his abs. The picture appears to be from the actor's gym session. In black athleisure, and with gloves in his hands, Tiger can be seen smiling for the camera. Student Of The Year 2 director Punit Malhotra commented "solid" on Tiger's post. Heart-eyed emojis and fire emoticons were a common sight in the comments section of the post. "Awesomeness," read a comment. "Uff," added another fan. "Hero always," added a fan. Tiger Shroff, in his caption, added an ice cream emoji and he wrote: "Got my eyes on you."

got my eyes on you.

Tiger Shroff takes his fitness regime very seriously. The actor, who is a pro at martial arts and parkour, in an Instagram post, said that singing a song was the most "challenging yet fulfilling" experience for him. He wrote: "And just when I thought jumping off one building to another was tough...for me this has been the most challenging yet full-filling experience. Highest respect to musicians all across the globe, so much to learn ... but until then here's presenting our humble effort." Tiger recently made his debut with the song Unbelievable.

Tiger Shroff made his Bollywood debut in 2014 with the film Heropanti, co-starring Kriti Sanon. He has been a part of the Baaghi series, War, Student Of The Year 2, A Flying Jatt and Munna Michael, among others. He is the son of Bollywood actor Jackie Shroff and film producer Ayesha Shroff.

Tiger Shroff's next project is Heropanti 2. He was last seen in Baaghi 3, co-starring Shraddha Kapoor, Riteish Deshmukh and Ankita Lokhande.