Nick Jonas launched his own tequila brand Villa One recently 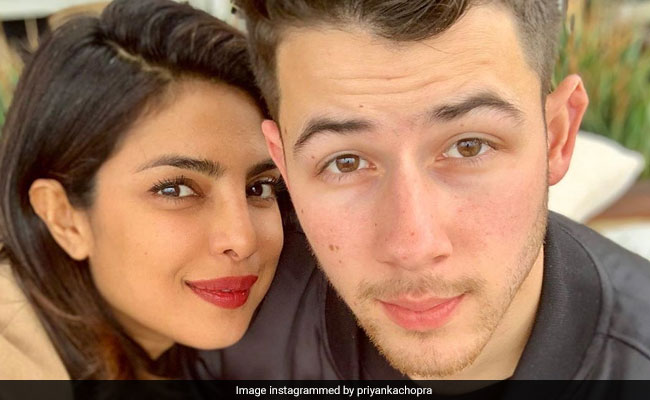 The Internet is an interesting place as fans pay attention to the smallest of details and do not shy away from pointing them out. Something similar happened with Priyanka Chopra, who was corrected by her Instafam for calling Nick Jonas 27 (who is actually 26-year-old), in her latest post. However, in this case, it wouldn't be fair to call it an error on Priyanka's part as Nick Jonas will, in fact, turn 27 in 2 weeks (on September 16). Priyanka, a proud wife, posted a congratulatory message for Nick, who recently launched his own tequila brand Villa One in collaboration with designer John Varvatos. Priyanka posted a picture from the launch party and wrote: "So proud. When you own your own tequila at 27."

Priyanka Chopra and Nick Jonas never fail to give us major couple goals. Recently, Priyanka, who couldn't be present at the MTV Video Music Awards, where the Jonas Brothers had won the best pop song for their single Sucker, made her presence felt by sharing a photoshopped rendition of a picture, wherein she edited herself to be with Nick Jonas and she captioned the post: "I'm always with you Nick Jonas. Congratulations Jonas Brothers! I'm so proud of all of you!"

Nick Jonas will celebrate his first birthday post marriage this year. Nick and Priyanka got married in Jodhpur's Umaid Bhawan Palace in December last year, where they had Hindu and Christian wedding ceremonies.