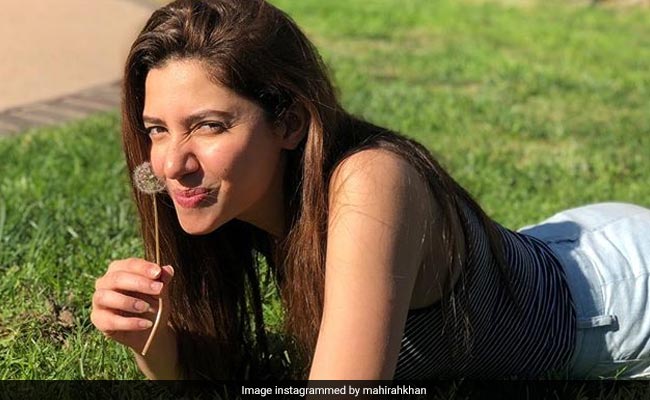 Mahira Khan won't let social media trolls take her down and she proved it yet again when she corrected a Twitter user for a 'Ranveer-Ranbir' goof up in a comment on her post, which was aimed to troll the Verna actress for last year's leaked pictures of her and Ranbir Kapoor in New York. "Lgta hai koi khaas kaam nahin mil rha jab say ranveer kapoor waali pictures out hueen (sic)," a comment on Mahira's post read, to which she replied: "Ranbir*" The Internet applauded Mahira Khan's swag by posting GIFs and comments - mostly GIFs.

For the uninitiated, the Twitter user was referencing photos of Mahira Khan and Ranbir Kapoor smoking outside a hotel in New York, which snowballed into viralness as soon as it hit the Internet in September last year. At that time, Mahira Khan was trolled for smoking and wearing a short dress.

Mahira Khan and Ranbir Kapoor were linked romantically briefly after they appeared together at Global Teacher Prize event in Dubai last year. After the aforementioned photos of Ranbir and Mahira went crazy viral, the Internet was almost sure that they are dating. At that time, Ranbir Kapoor issued a statement defending Mahira and said: "She is somebody who I admire and respect, for her achievements and even more for the person she is. It is very unfair the way she is being judged and spoken about."

However, the Ranbir Kapoor-Mahira Khan rumour faded soon and as of now, Ranbir Kapoor is said to be dating his Brahmastra co-star Alia Bhatt.

Ranbir Kapoor is currently filming Brahmastra and he has also signed up for Shamshera. Mahira Khan, who debuted in Bollywood opposite Shah Rukh Khan in Raees, is filming Maula Jatt 2 with her Humsafar co-star Fawad Khan.