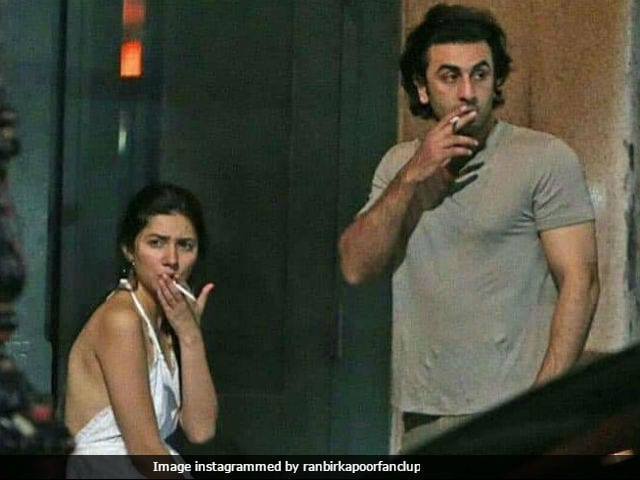 New Delhi: Ranbir Kapoor and Mahira Khan's viral pictures from New York have been trending for two days now. Ranbir Kapoor, who is rumored to be dating the Pakistani actress after they appeared together at Global Teacher Prize event in March, talked about the viral pictures and he seemed more perturbed with the fact that Mahira was trolled for smoking and wearing a short dress than the pictures. "I've gotten to know Mahira in a personal capacity over the last few months. She is somebody who I admire and respect, for her achievements and even more for the person she is. It is very unfair the way she is being judged and spoken about. What is also sad is the inequality in judgment just because she is a woman. I request you to stop the negativity and move on with your beautiful god gifted lives. Peace and love," read his statement. "PS: Both smoking and hate are injurious to health," he added.

On Friday, Ranbir's actor father Rishi Kapoor told Hindustan Times that he saw Ranbir and Mahira's viral pictures on Twitter like the rest of the world. "He can meet anybody whoever he wants to, and if people are going to invade in his privacy, it's not done," he said. When asked about Ranbir and Mahira's alleged affair, Mr Kapoor told Hindustan Times: "I can't say anything more because I don't know anything more than that."

Several celebrities such as Ali Zafar, Parineeti Chopra and Varun Dhawan also supported Mahira. At the trailer launch of Golmaal Again, Parineeti told news agency PTI: "I'll just say one line. It's a little unfair. Everybody knows it's unfair and it'll stop. Today, because of social media, everything becomes too big a deal." Varun Dhawan, who is busy promoting his upcoming film Judwaa 2, added: "Shame on them for shaming her." Pakistani actor Ali Zafar, who has starred in several Bollywood film such as Dear Zindagi and Kill Dil, posted this on Instagram:

Ranbir Kapoor was last seen in Jagga Jasoos, which tanked at the box office. Mahira became a household name after her Pakistani show Humsafar aired in India. She later featured as female lead opposite Shah Rukh Khan in Raees, which released in January.