The teaser has all the elements of a romantic thriller 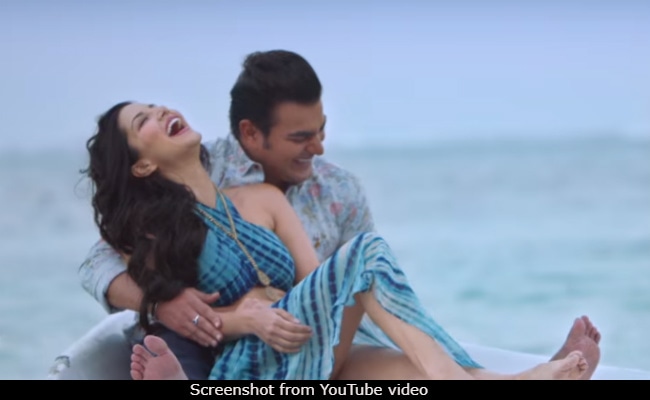 New Delhi: Sunny Leone has dropped the first teaser of her new film Tera Interaaz, revealing that she's in "search for love" with Arbaaz Khan, who is her co-star. The teaser has all the elements of a romantic thriller - sultry romance sequence between Arbaaz and Sunny, a sudden disappearance and then the investigation. The teaser of Tera Intezaar start with Veer (played by Arbaaz Khan) making a promise to Raunak (played by Sunny Leone) that the duo will forever be together but a mysterious incident later, Veer goes missing leaving a hapless and distressed Raunak behind. She's advised to carry on with her search, no matter the challenges - and it appears Raunak arrives at a conclusion she doesn't not like.

Veer makes reappears sometime later in the trailer making us and Raunak wonder what had actually happened.


The new teaser just adds to the promotional material revealed by the makers of Tera Intezaar. Sunny Leone had teased fans sharing the first motion poster of the movie in August. The characters of Sunny Leone and Arbaaz Khan were introduced with the first poster in September.

Promoted
Listen to the latest songs, only on JioSaavn.com
Raajeev Walia, who is directing Sunny and Arbaaz for the first time, told news agency IANS: "I am thankful to Arbaaz, Sunny and my producers Aman Mehta and Bijal Mehta for having faith in me and my script and supporting me throughout to make a great film." The director added: "Arbaaz Khan is indeed a director's actor and is absolutely professional and down-to-earth. Despite being a director himself and coming from such an illustrious family, he trusted my vision completely."

Tera Intezaar is scheduled to hit screens on November 24.