Tamasha Trailer: Jab Deepika and Ranbir Met and Had a Holiday Fling 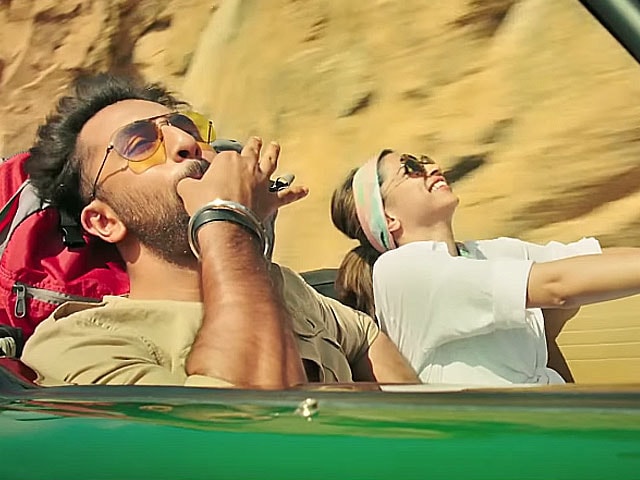 Ranbir and Deepika in a still from Tamasha.

New Delhi: What happens in Corsica, stays in Corsica - or does it? In the first trailer of director Imtiaz Ali's Tamasha, boy meets girl on the French island, fall in love despite themselves and heartbreak follows.

Blue seascapes provide the backdrop to the romance between the characters played by Deepika Padukone, Tara (Or 'Mona Darling' - "Do I call you Mona? Or Darling?") and Ranbir Kapoor, Dev. But how much of it is real? Apparently, almost none of it.

Ved and Tara don't want to what's meant to be a holiday fling to end up like Romeo and Juliet or Heer and Ranjha or Laila and Majnu and so agree to lie to each other about themselves and never to meet, once Corsica is behind them.

Alas, it doesn't quite work out as planned and that's when it all gets a little emo.

Tamasha, which opens on November 27, is a reunion of sorts for both the director and his lead actors. Imtiaz Ali directed Ranbir in Rockstar and Deepika in Love Aaj Kal. Ranbir and Deepika return to the screen after Bachna Ae Haseeno and 2013 blockbuster Yeh Jawani Hai Deewani. (Also Read: More Tamasha Between Ranbir, Deepika in Film's First Look)