Tamannaah Bhatia, 'Happily Single', Is Not Getting Married And Has No Time For 'Baseless Rumours'

"I'd like to make it very clear for once and for all that marriage isn't on the cards yet," said Tamannaah Bhatia 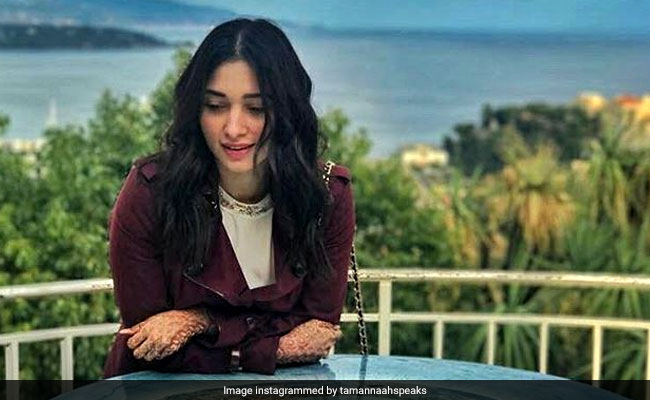 No, folks. Actress Tamannaah Bhatia is not getting married. The actress dismissed rumours about a speculated wedding after she trended all of Friday for reports stating she's all set to marry her a US-based-physician. "One day it's an actor, another day it's a cricketer, and now it's a doctor. These rumours make it sound like I'm on a husband shopping spree. While I love the idea of being in love, I definitely don't appreciate baseless news when it comes to my personal life. I am happily single at the moment and my parents aren't groom hunting," the 28-year-old actress said in a statement. Tamannaah perhaps made an oblique reference to past rumours that she briefly dated Virat Kohli in 2012. Gossip columns also wrote pieces about a speculated romance between Tamannaah and Pakistani cricketer Abdul Razzaq after the duo were spotted together in pictures on social media.

In a strictly worded statement, Tamannaah set the record straight and said work commitments top the list of her priorities at the moment: "The only thing I'm romancing right now are my cinematic endeavours. I really wonder where these speculations constantly crop up from when all I'm doing is shooting." In reports published on Friday, it was being said that a wedding has been scheduled for next year and that her mother Rajani Bhatia has all good things to say about the actress' rumoured fiance.

Discarding the rumours about her speculated wedding as "baseless", she added: "It's really prejudicial and disrespectful. The day I decide on going down that road, I will announce it to the world myself because the institute is consecrated, it's not as casual as the numerous speculations being floated. I'd like to make it very clear for once and for all that marriage isn't on the cards yet and all these baseless rumours must be put to rest and is a product of someone's imagination."

On the work front, Tamaanaah is currently busy with Naa... Nuvve, which is the Telugu remake of Kangana Ranaut's Queen. She has also joined the cast of Sye Raa Narasimha Reddy and has films like F2 - Fun And Frustration and Kanne Kalaimaane in the pipeline. Tamaanaah Bhatia, who has featured in Hindi films like Humshakals and Entertainment, is best known for her role in the Baahubali series of films.