Taapsee Pannu Got This Role Because Of Naam Shabana 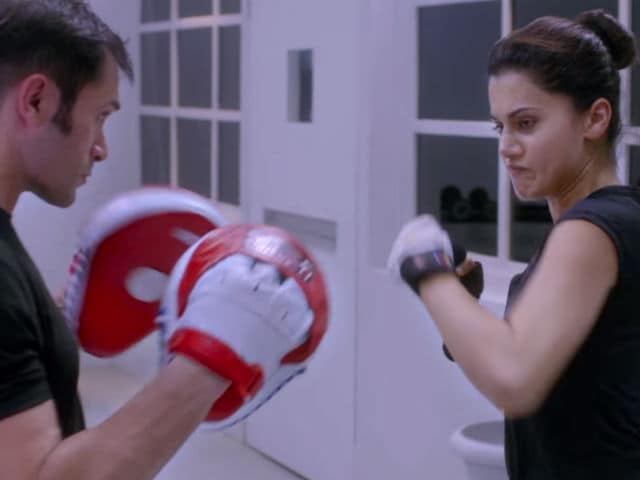 New Delhi: Taapsee Pannu's Naam Shabana fetched her the role of a self-defense instructor in an upcoming short film, director Kapil Verma told news agency IANS. Naam Shabana was the spin-off of Neeraj Pandey's Baby and featured Taapsee as in the lead role of an Indian spy. "I narrated the script to her in Mauritius on the sets of Judwaa 2 and at the end of the narration, she asked me 'When would you like to shoot it?' She trained very hard for the film. We had a great time shooting, it was fun and quite intense too," said Kapil Verma, who is also producing the short film.

"I had written this script around two years ago. I had watched Taapsee's film Pink and worked with her in Naam Shabana. I knew then that she would be perfect for the part," he added.

Taapsee, who is awaiting the release of Judwaa 2, trained formally for the short to align the physical nuances of her character, reports IANS. The story is about a relationship between two siblings. Actor Vicky Arora plays Taapsee's brother in the film. The cast and crew completed the the shoot of the yet-untitled film in four days in Mumbai.

Promoted
Listen to the latest songs, only on JioSaavn.com
Judwaa 2 reunites Taapsee with director David Dhawan, who launched her in Bollywood in 2013's Chashme Baddoor. Judwaa 2 is a remake of Salman Khan's judwaa, which was also directed by David Dhawan. The film also stars Varun Dhawan and Jacqueline Fernandez in the lead roles.