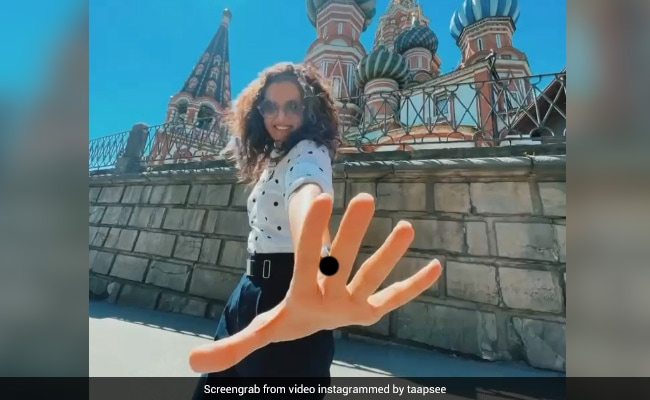 Taapsee Pannu in a still from her video (courtesy taapsee )

If you are battling severe pangs of wanderlust, we would warn you from checking Taapsee Pannu's Instagram feed. The actress, who has been in Moscow in Russia for the last few days, is now bidding goodbye to the city. And she marked the end of her stay in the city with a sweet post about the capital. Sharing a video of herself waving at the camera, with a lovely Russian structure in the background, the actress wrote, " You are really beautiful Moscow. Until I see you the next time! Bye." And if you thought that this marked the end of her glorious vacation, you are wrong.

According to Taapsee's Instagram Stories, the actress who is accompanied by her sister, Shagun Pannu, is headed to the "next stop" on a bullet train. Well, while we don't know which city she is exploring next, we are sure to keep our eyes glued to her Instagram account to soak in all the stunning sights.

In fact, the actress has been sharing pictures from her tours within the city with her fans. On Thursday, she shared photos of her "bunker visit" as well as a "river cruise." To ensure that we don't miss out on any part of her travel diaries, she has also recreated an Instagram Highlights section for her fans and followers to revisit. 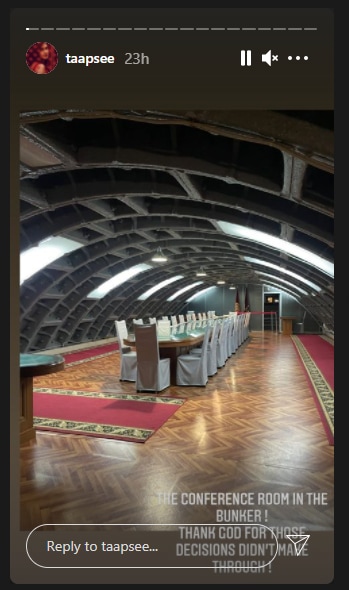 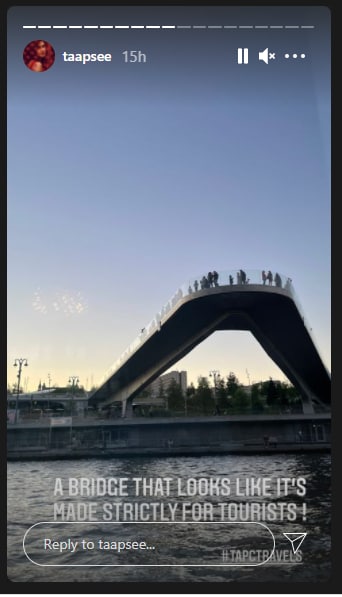 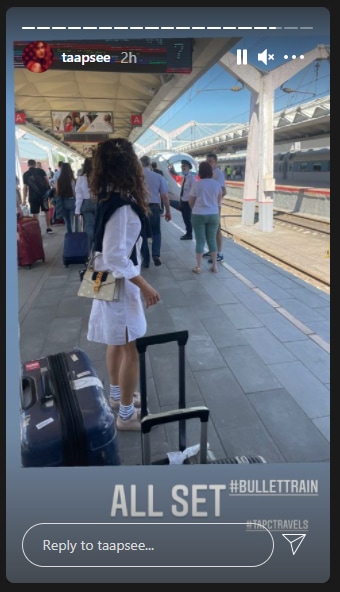 Recently, the actress also shared another photo of herself enjoying a cup of coffee in a wayside cafe. She wrote, "Sitting on a roadside cafe with my cup of coffee is what I missed the most! Holidays !!! It's nice to see u." Reacting to the post, Scam 1992 actress Shreya Dhanwanthary summed up what we were all feeling and wrote, "I am loving this travel series!"

Take a look at the other fun photos from the trip.

The actress had announced her trip to Russia with a fun Instagram post. In it, she wrote, “Time to surround myself with colours, sit on the street side, looking at the sky, take a deep breath and say 'all is well'. Also hello Moscow. Let's feel close to ‘Normal' again."

On the professional front, Taapsee Pannu appears in the lead role in Haseen Dillruba. The film, which will premiere on Netflix on July 2, also stars Vikrant Massey and Harshvardhan Rane. Her upcoming projects include Rashmi Rocket, Looop Lapeta, and Shabaash Mithu, among others.