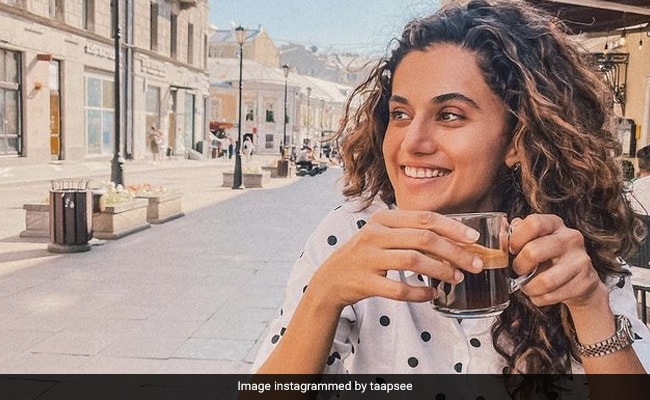 Taapsee Pannu is having a whole lot of fun in Moscow, Russia, and she recently came across a monument in the Kremlin that, to the actress, appeared somehow similar to Delhi's Gurudwara Bangla Sahib. Yes, that's what Taapsee Pannu thought after seeing The Cathedral of the Annunciation, a church in Moscow. Enjoying her holiday ride on a cruise in Moscow, Taapsee shared a photo of The Cathedral of the Annunciation and hilariously wrote: "And I was like...wait, what!!! Bangla Sahib!!?!!" She also shared glimpses of the Floating Bridge and the Olympic Stadium and posted a photo of herself having a feast with her "Indian friends on foreign land...or rather foreigh water (her words)." 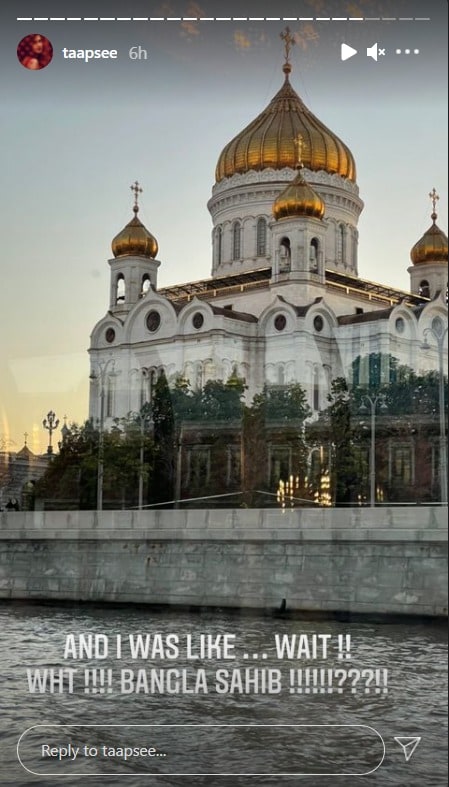 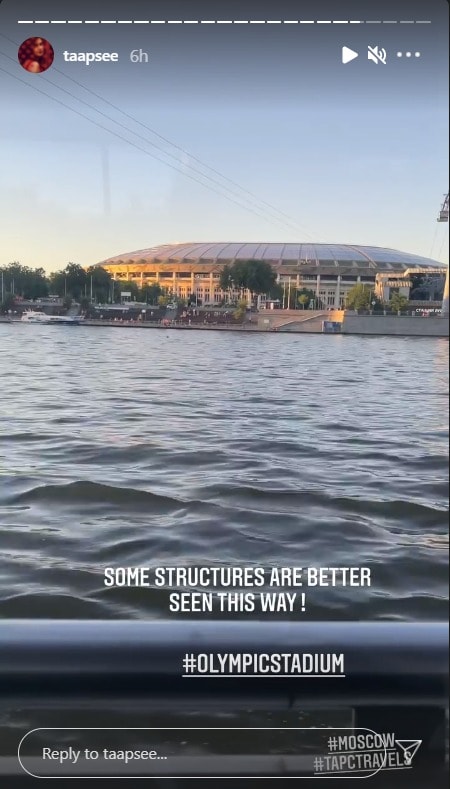 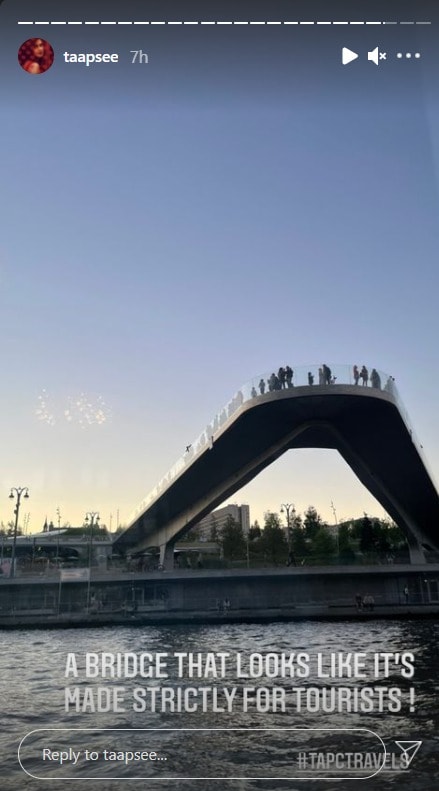 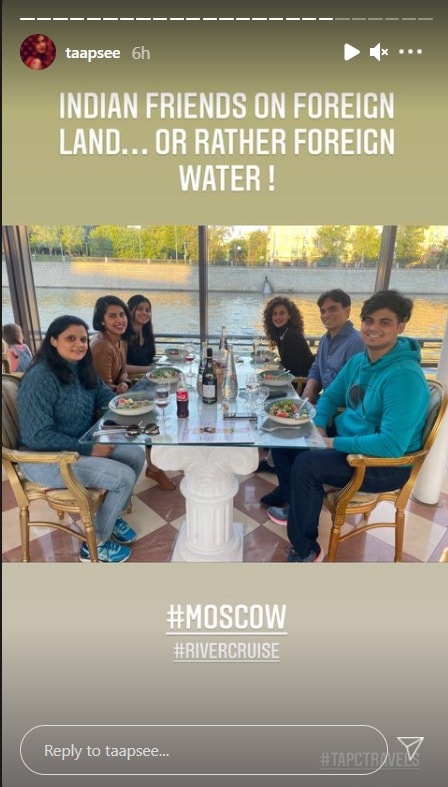 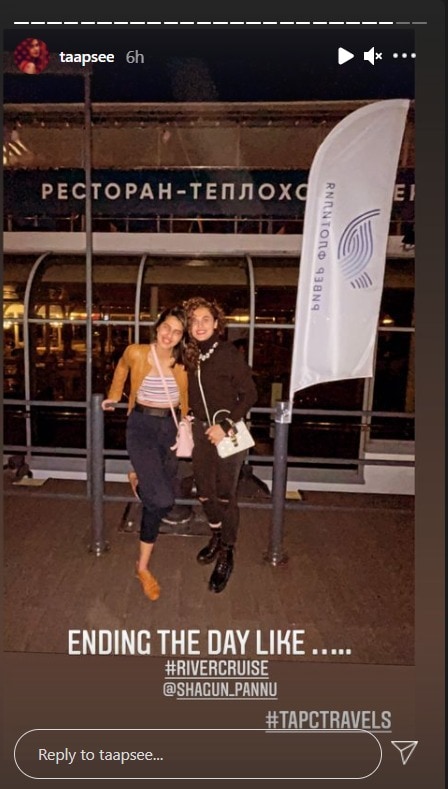 On Thursday, Taapsee Pannu posted a happy picture of herself relishing a cup of coffee at a roadside cafe: "Sitting on a roadside cafe with my cup of coffee is what I missed the most! Holidays! It's nice to see you," she wrote and added her vacation hashtag #TapcTravels.

Meanwhile, check out some more photos of the actress from her vacation here:

In terms of work, Taapsee Pannu will next be seen in Haseen Dillruba. The film will premiere on Netflix on July 2. The actress also has Rashmi Rocket, Looop Lapeta, Shabaash Mithu and a film with Anurag Kashyap lined up. Shabaash Mithu is a biopic on Indian cricketer Mithali Raj while Looop Lapeta is the Hindi adaptation of the 1998 German hit Run Lola Run