Taapsee Pannu Is Vacationing In Moscow With Her Partner In Crime. Guess Who 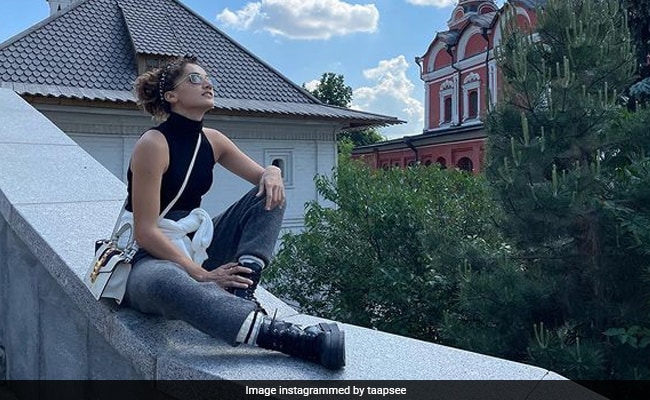 Taapsee Pannu is currently holidaying in the picturesque city of Moscow in Russia. The actress, who will soon be seen in two new projects Haseen Dillruba and Looop Lapeta, seems to be taking a quick break before she begins her film promotions. Accompanying her on this much-needed vacation is her sister Shagun.  Taapsee posted a pretty picture of herself and drove away our Monday blues as we lived vicariously through her. She was seen enjoying the serenity of her surroundings in the photo. In the caption, she wrote, “Time to surround myself with colours, sit on the street side, looking at the sky, take a deep breath and say 'all is well'. Also hello Moscow. Let's feel close to ‘Normal' again”

Take a look at the fun picture here.

The two sisters seem to be taking Moscow by storm and painting the gorgeous city red; at least that is what we can tell from Taapsee Pannu's Instagram Stories. Both of them seem to have dived headfirst into Moscow's rich cultural and historic offerings as they shared several fun pictures from across the city. 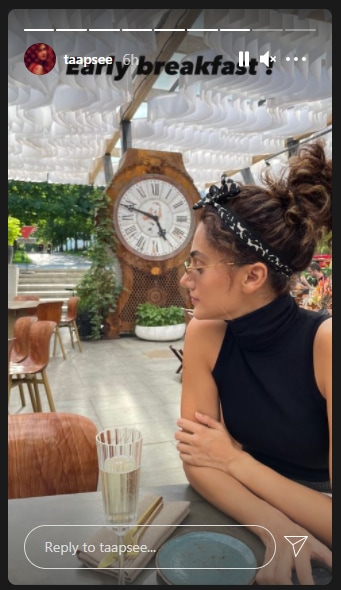 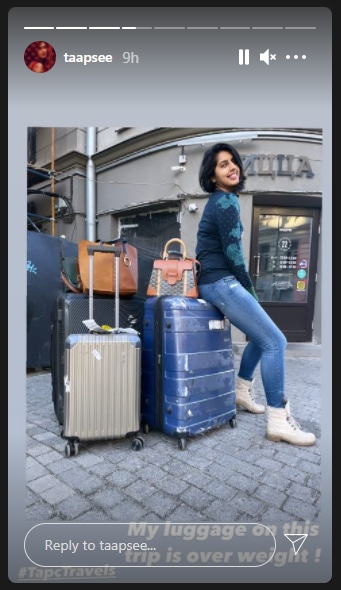 Previously Taapsee had shared an adorable picture of herself and her sister, with the caption, “Beginning June with high spirit and higher hope. Hang by your support system and get through this. We are almost there.” The sisters looked adorable as they twinned in white and blue. Did someone say sister goals? Taapsee's golden advice to “hang by your support system” seems to be the best way to cope with the current times.

During this tough time, Taapsee has also tried to spread positivity through her social media platforms. She has also been offering her fans and followers some sound advice through her picture captions on Instagram. The actress previously posted a throwback picture in a swimming pool along with the caption, “Just hanging in there. Staying afloat one day at a time. Waiting. Throwback pictures don't always make you smile.” We are sure her words are resonating with her fans and followers, giving them strength and support.

On the professional front, Taapsee has an interesting lineup of projects. She will be starring in Dobaaraa directed by Anurag Kashyap. She will also be playing ace cricketer Mithali Raj in her biopic Shabaash Mitthu. Her film Haseen Dillruba with co-actor Vikrant Massey will release in July on Netflix.