Swara Bhasker On Reaction To "Padmaavat" Open Letter: 'They Only Remember The Word Vagina'

Swara Bhasker's open letter on how she felt "reduced to a vagina" while watching Sanjay Leela Bhansali's "Padmaavat" has, unsurprisingly, gone viral 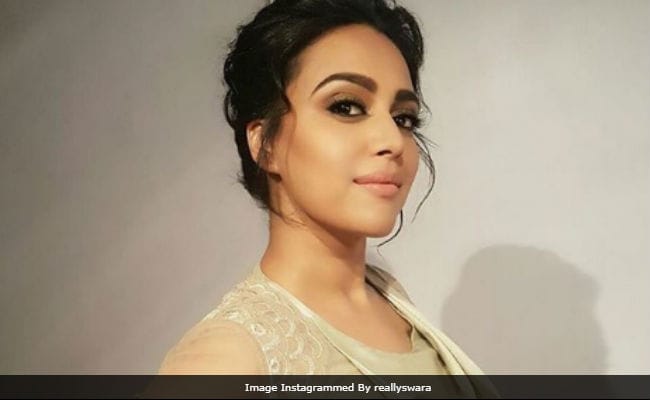 Swara Bhasker will be next seen in Veere Di Wedding (Image courtesy: reallyswara)

New Delhi: Actress Swara Bhasker's open letter on how she felt "reduced to a vagina" while watching Sanjay Leela Bhansali's "Padmaavat" has, unsurprisingly, gone viral and, also unsurprisingly, has made some people on social media indignant, outraged and angry. Swara's piece, written for The Wire, calls Mr Bhansali out for glorifying acts - jauhar and sati - that deprive women of life and liberty. "Women have the right to live despite being raped, sir. Women have the right to live, despite the death of their husbands, male 'protectors', 'owners', 'controllers of their sexuality'.. whatever you understand the men to be," Swara writes in her letter.

Later in her piece, she writes: "It would be nice if the vaginas are respected; but in the unfortunate case that they are not, a woman can continue to live. She need not be punished with death, because another person disrespected her vagina without her consent." "Padmaavat," which released last week after months of being dogged by controversy, is based on the legend of Rani Padmini who supposedly committed jauhar to escape the invading emperor Alauddin Khilji. Swara's letter includes a hat tip to the difficult circumstances that accompanied the release of "Padmaavat" and noted that she had spoken up for the film while it was fighting for survival.

Much of what Swara said clearly escaped some readers. The one takeaway, as Swara noted in her response to Ms Krishnamoorthi's tweet, was that she used the word 'vagina':

Suchitra Krishnamoorthi wasn't the only one to fixate on Swara's use of a word that clearly makes a lot of people uncomfortable:

I've realised that I don't qualify as a feminist since I can't say vagina 5 times in a sentence. No wait, not that I can't. I don't want to.

To someone who accused her of having "belittled the entire women community," Swara responded:

Priyanka read the article again.. what part of it 'belittles' women. And no there is no jealousy.. tell me every time you think a thought, or have an opinion; is it because you are jealous???? That's an unfortunate and emotionally draining existence. My sympathies https://t.co/TQofAnAdqM

Someone tell Swara Bhaskar that Khilji reduced Padmavati and other Rajput women to mere Vaginas and not SLB..

Padmavati is the tale of how Rajput women refused to be mere vagina..

Swara Bhaskar writes open letter to Sanjay Leela Bhansali, says after watching his Magnum opus she felt reduced to a Vagina only

Well that happens when feminists start thinking from vagina than brains. Every film should now be made with feminist principles so not to offend them.

Promoted
Listen to the latest songs, only on JioSaavn.com
A tweet from September about trolling trolls has been pinned on Swara Bhasker's Twitter timeline, so it doesn't look like she's backing down anytime soon: