Jaya Bachchan Invited Some Of Bollywood's Most Talented Women To Dinner 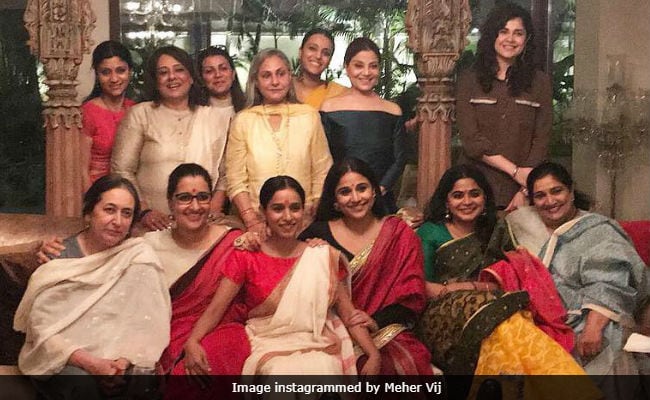 Promoted
Listen to the latest songs, only on JioSaavn.com
Jaya Bachchan was last seen in a cameo in R Balki's Ki And Ka with her husband Amitabh Bachchan. Jaya Bachchan, whose film credits includes titles such as Guddi, Uphaar, Abhimaan and Silsila, features in few films nowadays. But she's kept her association with the film industry and is often spotted at awards shows and other Bollywood events.

Though Jaya Bachchan has taken a sabbatical of sorts, the other three actors in the Bachchan family are quite actively making films. Amitaabh Bachchan is making Thugs Of Hindostan for Yash Raj Films and will later shoot for Karan Johar's trilogy, titled Brahmastra. Her daughter-in-law Aishwarya Rai Bachchan was last seen in Ae Dil Hai Mushkil and is filming Fanne Khan. Abhishek Bachchan dropped out of JP Dutta's Paltan and has reportedly signed up for Sahir Ludhianvi's biopic.