Swara Bhasker wrote: "When you do your own make-up and go bat-s*** crazy with the powder!" Actress Swara Bhasker, who attended a screening of Section 375 on Sunday, decided to try her make-up skills on her own self and later had lots of ROFL things to say about the end result. For a casual weekend outing, Swara Bhasker opted for a pair of mom jeans, a spaghetti top and a blazer for a chic look but it seems that like she clearly overdosed on the make-up bit, which she sportingly admitted in her Instagram stories. There's no denying that in pictures from the screening, Swara's face appeared visibly fairer than her natural skin tone and looks like the actress had a good laugh about her "make-up disaster." Sharing photos of herself from Sunday evening on her Instagram story, Swara wrote: "When you do your own make-up and go bat-s*** crazy with the powder!" In another one, she added: "Can't decide if I was going for the Geisha look or was I trying to channel my inner Joker!?" She also added these hilarious hashtags to her Instagram stories: "#WhenIdomyownmakeup" and "#Makeupdisasters."

Here's how Swara Bhasker trolled herself before anyone else could: 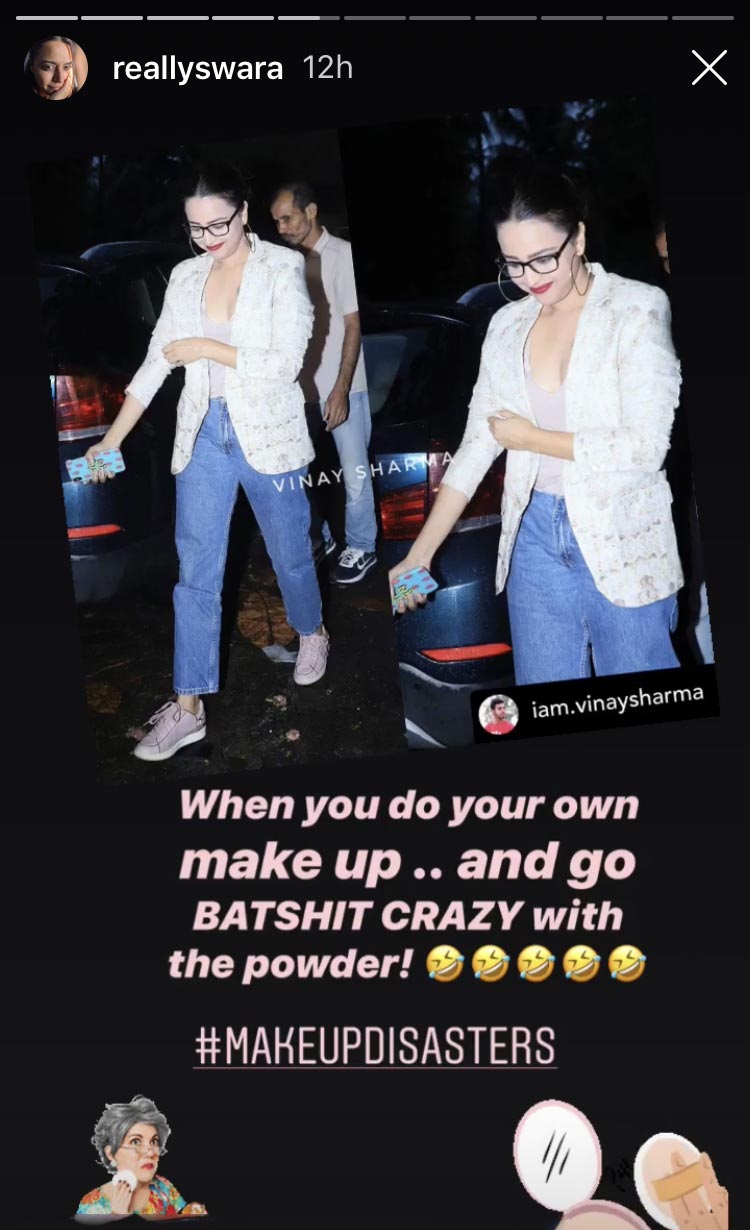 Meanwhile, Swara Bhasker caught up with actress Richa Chadha at the screening of Section 375. Richa Chadha co-stars with Akshaye Khanna in the gripping courtroom drama. Section 375 releases on Friday this week. 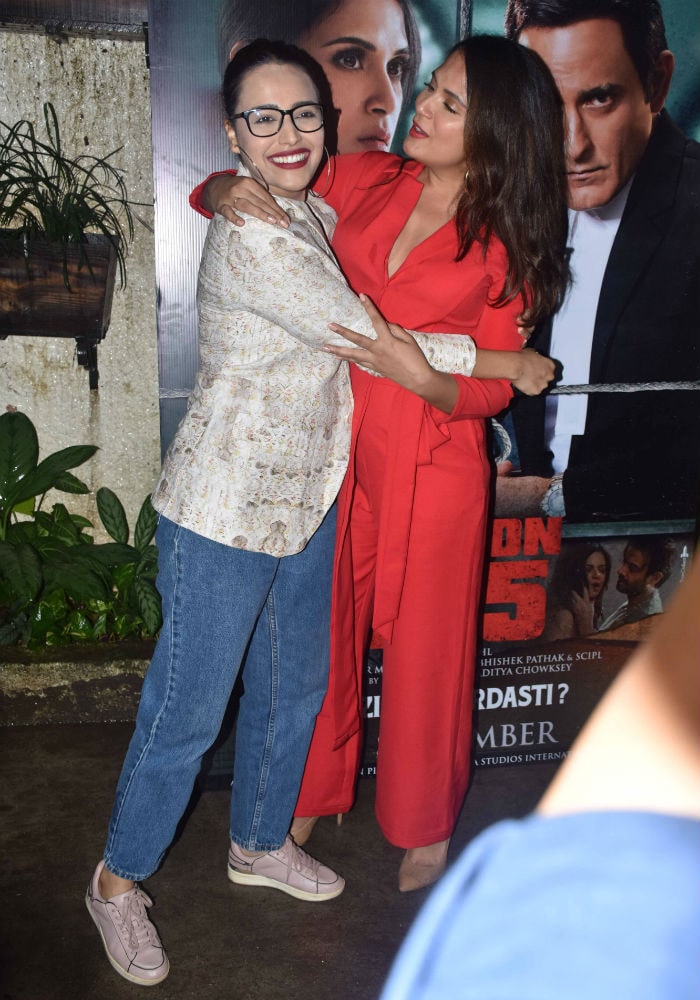 Swara Bhasker is known for her outspokenness on social media and often finds herself in the midst of Twitter controversies. However, the 31-year-old actress doesn't shy away from trolling the trolls and this tweet from July is just an example: "Basically, if I'm not involved in a Twitter controversy once a week, assume I'm dead."

Basically, if I'm not involved in a #twittercontroversy once a week, assume I'm dead!!! #realisation