Sushmita Sen's Brother Rajeev Is Reportedly Dating This TV Actress. See His Birthday Post For Her

On Wednesday, the Internet chanced upon a post of Rajeev Sen, in which he wished his rumoured girlfriend on her birthday 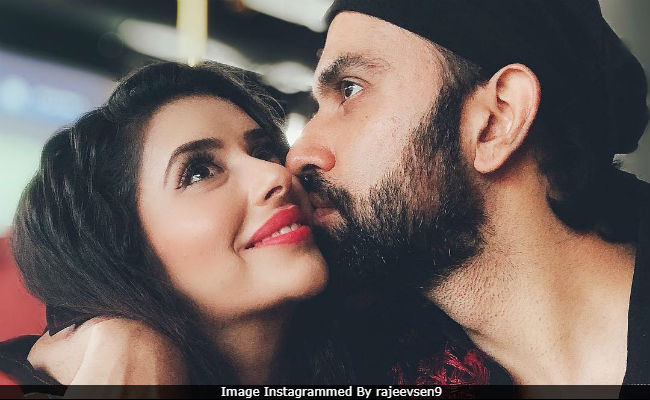 Sushmita Sen's brother Rajeev is reportedly dating television actress Charu Asopa, best-known for her roles in shows like Agle Janam Mohe Bitiya Hi Kijo and Mere Angne Mein. On Wednesday, the Internet chanced upon a post of Rajeev, in which he wished Charu on her birthday and wrote: "Happy birthday to the most beautiful girl in my life. May all your dreams come true and may you have all the pancakes too. Love you." The post features a solo photo of Charu and Rajeev added hashtags like 'soulmate,' 'precious' and 'my baby' to it. Charu soon replied to Rajeev and in the comments section, she wrote, "Thank you baby... Love you too, Raja."

Rajeev Sen and Charu Asopa haven't officially confirmed their relationship status, but their loved-up Instagram posts for each other tells a different story.

Charu posted this for Rajeev.

Happy first Valentine's Day my babie.. thank you for coming into my life .. I am the happiest girl when I am right next to u....

Rajeev and Charu have posted several photos with each other on their respective Instagram accounts. Take a look at some of them here.

Together always, because how do you separate soulmates...

Meanwhile, Sushmita Sen, a former Miss Universe, is the star of films such as Zor, Biwi No.1, Kyo Kii... Main Jhuth Nahin Bolta, Filhaal..., Main Hoon Na, Bewafaa and Dulha Mil Gaya. She hasn't made any screen appearance after Nirbaak (2015). Sushmita is rumoured to be dating model Rohman Shawl.