Sushmita Sen, dressed in a steel grey suit, navigated her way through the paparazzi with a smile on her face 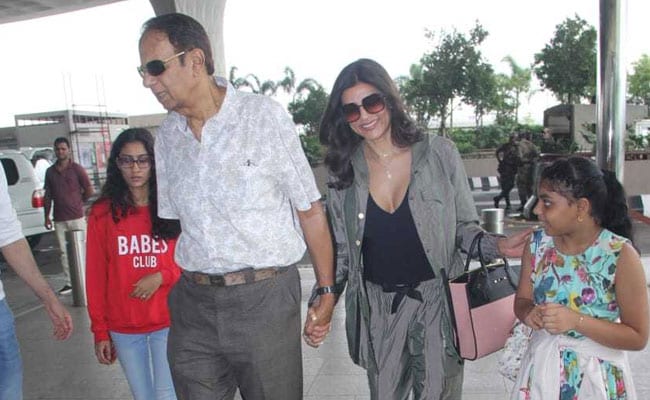 Sushmita Sen with her family at the Mumbai airport.

Sushmita Sen, along with her daughters, Renee and Alisah, and her father Shubeer Sen, was photographed at the Mumbai airport on Friday morning. The Sens are travelling to Goa, where the wedding celebrations of Rajeev Sen (Sushmita's brother) and television actress Charu Asopa will begin today. Rajeev and Charu got married in a civil ceremony on June 7 and they will now get married in a traditional ceremony on June 16. Before the wedding, the Sens and the Asopas will get together for some pre-wedding festivities.

Sushmita Sen, dressed in a steel grey suit, navigated her way through the paparazzi with a smile on her face. Renee and Alisah were in tow. We could not spot Sushmita's boyfriend Rohman Shawl.

Here are pictures of Sushmita Sen and her family en route Goa: 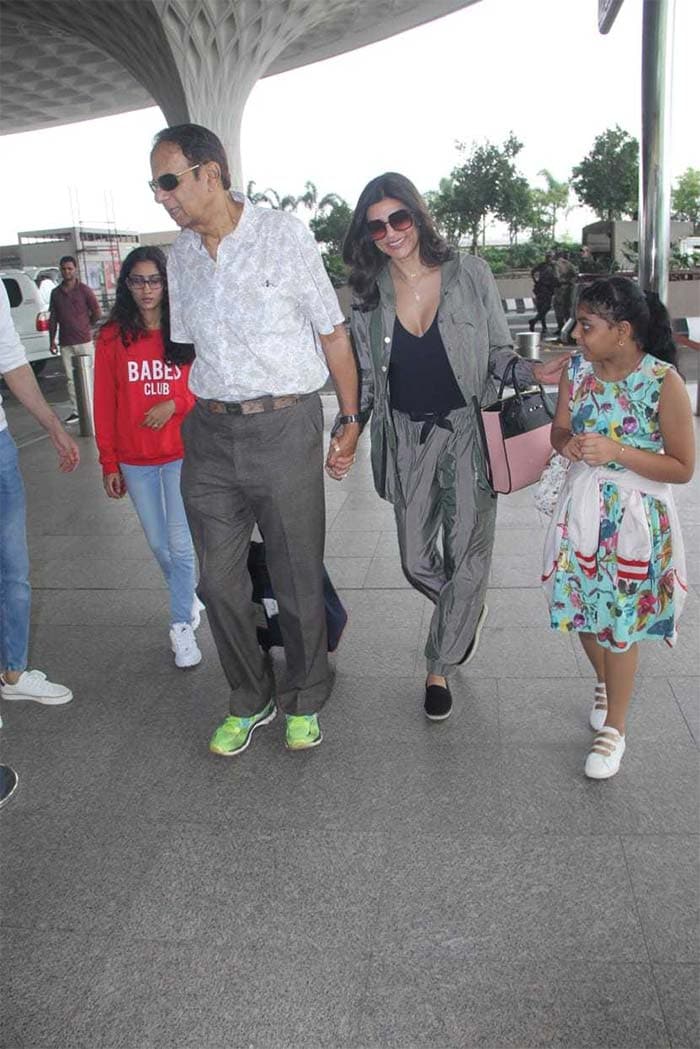 Rajeev Sen and Charu Asopa's wedding was originally scheduled for December this year but Rajeev insisted on getting married sooner. Charu told Bombay Times: "Our families had originally zeroed in on a date in December but Rajeev during a conversation with me said that it's too far. That's how we advanced the date to June 16. Forget others, even our families were surprised to learn about our decision."