Suriya Is Back With Si3. Says, "Singam Grows With Every Film" 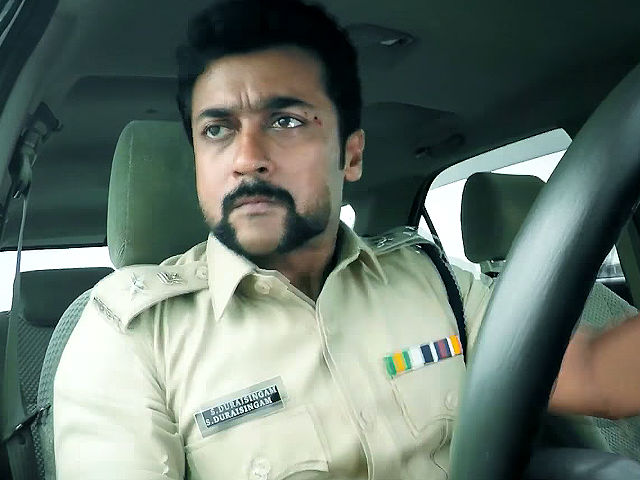 New Delhi: Superstar Suriya is back to fight crime and criminals in Singam 3 which will hit the screens today. The actor plays a righteous and fearless cop in Si3, which was twice rescheduled and will finally release on February 9. Fans are excited, as Suriya returns with full grandeur as DCP Durai Singam to bring the criminals to justice. In an interview with the First Post, Suriya opened about his role in Si3 and he said that Durai Singam grows with each film. "The first Singam was a fine balance of family sentiments and the hero's arrival into the big city of Chennai, where he chooses the police uniform as his one and only identity in life. In Singam 2, his mission got bigger. He had to nab criminals from across the border. He became an assistant commissioner and his experience got wider," he told First Post.

Suriya says the Singam films aren't about "suspension of belief." He told First Post: "We don't have larger-than-life punch lines just to please egos. It has to suit the character and the situations Durai Singam finds himself in. It all comes together as an interesting package. The biggest compliment I've received for playing a police officer is when I was told that my photo as Durai Singam is there in various police training camps, as it serves as an inspiration for youngsters to join the force in large numbers."

Suriya's Si3 is undoubtedly one of the biggest hits in the making. The 24 star defined what a film with good content means to him. "To me what classifies as good content is anything which we can take home after the film is over - it can be a simple dialogue or a deep emotion or the whole concept as such," he told First Post.

Promoted
Listen to the latest songs, only on JioSaavn.com
Watch the trailer of Si3:


Si3 also stars Anushka Shetty and Shruti Haasan along with Raadhika Sarathkumar, Krish as and Thakur Anoop Singh. The film is directed by Hari.