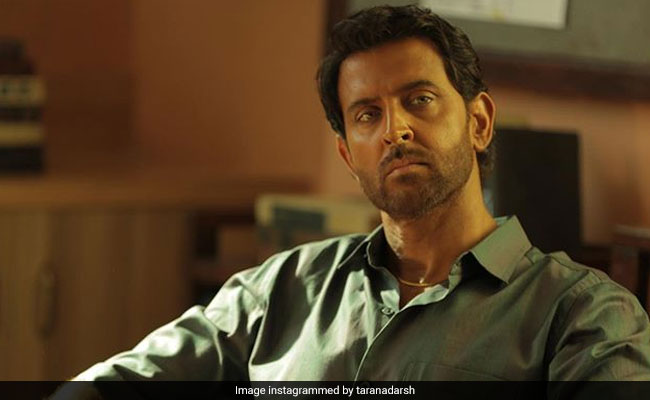 Hrithik Roshan in a still from Super 30 (courtesy taranadarsh)

Hrithik Roshan's Super 30 is having a super run in ticket windows. On Monday, the film marked its entry to the fourth week and till Sunday, Super 30 has raked in a score of Rs 137 crore. Trade analyst Taran Adarsh, who shared a detailed analysis of the film's box office numbers, predicted that Super 30 will become Bollywood's sixth highest earning film in 2019 sometime this week and will also topple Gully Boy's lifetime business in the process: "Super 30 is all set to challenge *lifetime biz* of Gully Boy... Will emerge sixth highest grossing Hindi film of 2019 on weekdays... [Week 4] Fri 96 lacs, Sat 2.10 cr, Sun 3.22 cr. Total: Rs 137.93 cr. India biz."

During its three-week stay in theatres, Super 30 has been joined by movies such as Khandaani Shafakhana, Judgementall Hai Kya and Arjun Patiala.

Super 30 is based on the real-life story of Patna-based mathematician Anand Kumar, who coaches a batch of 30 students every year to prep them for the annual IIT entrance exams. Super 30 has been declared tax-free in Delhi, Gujarat and Maharashtra. Hrithik Roshan co-stars with Mrunal Thakur in the movie.