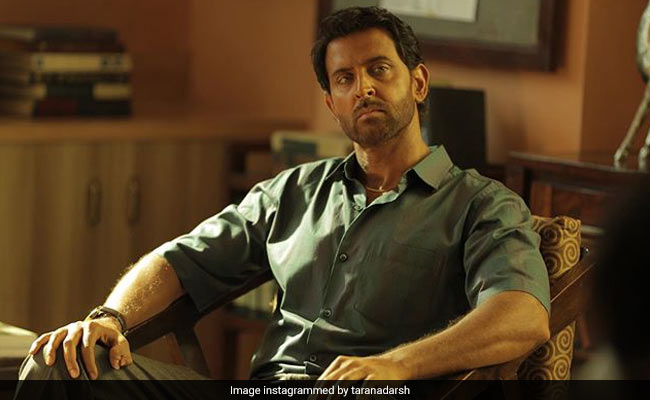 Hrithik Roshan's new film Super 30 has maintained pace at the ticket window during the week as it has collected Rs 64.07 crore so far, tweeted Taran Adarsh. The film, which is based on the life of mathematician and educationist Anand Kumar, collected in the range of Rs 6 crore on the weekdays. "Super 30 remains in the same range on day 5 (vis-a-vis Day 4)... Metros continue to fare well, while mass circuits/single screens are down... Total India business so far is Rs 64.07 crore," tweeted Taran Adarsh. The film is facing minor competition from i>Kabir Singh (now in its fourth week), which is still making a little over Rs 1 crore a day at the ticket window.

Super 30 narrates the story of Anand Kumar's rise to popularity as a mathematics coach for students aspiring to take admission in the Indian Institutes of Technology (IITs). The film maps Anand's journey from teaching rich students to shifting his focus to meritorious students from economically weaker section.

The film opened to lukewarm reviews last week with criticism over 'miscasting' Hrithik Roshan in the lead role. Film critic Saibal Chatterjee wrote in his review for NDTV, "Hrithik Roshan is nearly as horribly miscast as Anand Kumar as Priyanka Chopra was as Mary Kom. Not that the lead actor does not give the role his all. His enthusiasm never flags."